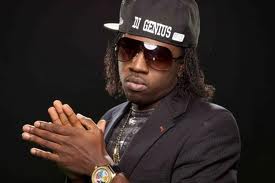 Best Reggae Music Producers in Jamaica - Over the years, Jamaica has seen many producers come and go. Everyone has a season.

There was a time when if it wasn't from Stephen 'Di Genius' McGregor, Don Corleone, NotNice or TJ, it wouldn't hit but even though they are all still producing, their season is over so it is time to usher in a new batch of fresh talent on the market.

So, who made it to now be regarded as the best music producers in Jamaica today?

Jamaica isn't short of talented musicians. Artists such as Vybz Kartel, Mavado, Konshens, Gage, Sheba, Sean Paul, Shaggy, I-Octane, Tarrus Riley, Munga and Gyptian, have all maintained their stance in the business by working with either foundation producers, new producers on the rise or international producers who bring something different to the table. The recent successes of artists like Spice, Alkaline, Chronixx, Razor B, Shenseea, Popcaan and Masicka is evidence that the production value added to such success.

Who are the Best Reggae Music producers who are responsible for the increase in hardcore riddims and chart-toppers?

Good Good Production, on the heels of success of their previous release of Vybz School Riddim with former Gaza leader Vybz Kartel and members, Sheba, Tommy Lee and Blak Ryno, producer Zum had to have a wicked follow-up.

With the latest compilation of the Money Mix Riddim, top acts like Mavado, Vybz Kartel, I-Octane and even a Marley in Kymani Marley, was sure to jump on what is considered to be a bad ass riddim. Then add the upcoming superstars in Shenseea, Masicka and Yanique Curvy Diva, you know Zum would definitely be one of the top producers of today.

SoUnique Records has been around for years but Vybz Kartel was responsible for putting the world's eyes on a then unknown producer named Elvis. Hits after hits and still maintaining his place with Loodi Riddim featuring the title track by Shenseea and Vybz Kartel. Let us see what he has in store next.

There is no stopping Jordan and his label, Chimney Records. Money House Riddim was released earlier this year and received rave reviews with songs by Mavado, Akaline, Konshens and Shenseea. He has several singles under his belt too with Alkaline's Microwave being his most recent and incredibly produced solo project. A true staple in the music business, there is no doubt Jordan will be around for a very long time.

Head Concussion Records was birthed by Rvssian, who got his major hits from riddims that featured Vybz Kartel but does mainly singles now. Highest Level has been playing all over the world and their own signing to the label, King Kosa, has been dropping singles frequently with features from Shenseea and Konshens showing great progress. Rvssian has been more focused on an international market but never gives up on his Reggae roots as can be heard in all his riddims.

DJ Frass is sticking to the evil he knows. He finds a talented, young artist, works with them and produces hits for them, making him a top producer today.

Alkaline is that artist and the proof is in the constant productions being put out by the Man Himself on DJ Frass Records label. Hopefully, this team up continues to thrive as this seems to be a match made in heaven.

Sure, there are many more Best Reggae Music producers out there that are doing a fantastic job with heart-pumping, foot-stomping riddims to feed any music addicts' thirst.

Notable names include Justus from JA Productions, Dakrome from Dakrome Productions with his Black Cat Riddim success recently and Joey Hype from Time Square Records that has stacked up an arsenal of hits by Gage and others.

Production duo, Jazzneel and DJ Kitt of JazzyKitt Music Group, have been sneakily weaving their way up to stardom with Dancehall infused crossover riddims while working with the likes of Gage, Qraig from Voicemail, Camar, Gospel artist Mark Johnson and upcoming talents, Vijilant and Taz.

Be on the lookout too for Munga's Hilltop Records with mix master Granny Bwoy and his Gran 1 Muzik label, 007 Records, Daro's Afghan Records, Legends Productions with Bubba James and his artists like Divi D and Saine, and Franko from New Era Productions.

Natures Way Entertainment - Music is a part of our daily lives. We can't imagine what life would be like without music, whether it is in the sounds of nature or commercial sounds.