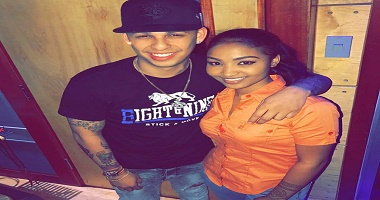 The pic captioned “God is good, new deal alert,” shows Rvssian sitting in front of what appears to be a contract while holding a pen.

Tarik Johnson, commonly known as Rvssian and previously as RUSSIAN, is a Jamaican music producer, singer and entrepreneur. Rvssian, is the founder of Head Concussion Records, a music production company situated in Kingston, Jamaica. During his career, Rvssian has worked with dancehall artistes such as; Konshens, Demarco, Tarrus Riley, Sean Paul, Shaggy, Gyptian, Dizzee Rascal, Nicky Jam and the controversial Vybz Kartel.

He rose to popularity shortly after producing Vybz Kartel's "Life Sweet" in 2010. He followed up with "Straight Jeans and Fitted"(a collaboration with Vybz Kartel), "Pull Up To Mi Bumper"(featuring Konshens and J Capri) and "Passion Whine"(featuring Sean Paul and Puerto Rican artiste Farruko) a single which was certified platinum by the Recording Industry Association of America (RIAA) on 3 October 2014.

He loved music from an early age, learning to play the piano and drums from his father Michael 'Micron' Johnston, the founder of Micron Music Limited. In December 2007, He decided to set up Head Concussion Records, a music production studio located in Kingston, Jamaica.

After graduating from Ardenne High School, He enrolled in the Edna Manley College of the Visual and Performing Arts.It was during this period that he met Vybz Kartel through fellow producers Jordan McClure (Chimney Records)and Stephen 'Di Genius' McGregor. In 2008, Rvssian created his first rhythm "Liberty Riddim", which featured Konshens' "Ago Kill Me" and Vybz Kartel's "Nah Hold We Down."

Two years later, He produced "Life Sweet" for Vybz Kartel. As he became more popular, He then decided to leave the Edna Manley College for Visual and Performing Arts, to try and enhance his reputation.