MIA Production warns against an impostor pretending to be Gyptian

CEO of M.I.A Production, Nackesha Doyley wants to warn the public against a malicious and dishonest individual who is going around pretending to be popular recording artiste Gyptian. 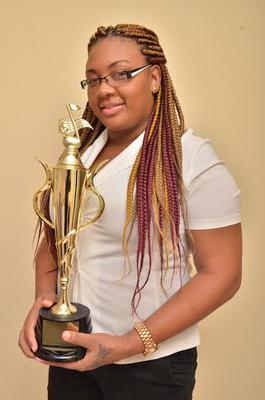 MIA Production warns against an impostor pretending to be Gyptian

The individual has called Doyley on numerous occasions, with the intention of soliciting interviews and bookings for him.

Doyley became suspicious when she followed Gyptian on Instagram and saw posts of the artiste performing overseas.

When she contacted the individual to verify whether he was overseas or in Jamaica the individual said he was on the island and assured her that it was an old photo.

“When I called “Gytian” he said to me that he was in Jamaica and that the picture that he posted was an old picture of his performance.

I thought to myself something does not ad up since his story did not coincide with his recent activities on all social networks.”

Feeling unsettled about this she then contacted some close friends of the artiste and after divulging everything, they confirmed that Gyptian was in fact overseas and whoever was calling wasn’t Gyptian but someone pretending to be him since they had contacted the real Gyptian who stated that he had made no such calls.

“This person called me non stop so much so where I became uncomfortable. When I related all of this to my friend and business associate Susan, she was also suspicious which was what led me to call some of his friends to verify if it was him in the first place.

Said Doyley “Initially, I had thought that it was indeed Gyptian, so I had gone ahead and made a few calls to some promoters overseas who were already making preparations to accommodate him for shows. I can only imagine if everything had gone through, what a heap of problems I would be in today”

Doyley wants to tell industry players, promoters and the general public to use their deductive instinct and pay keen attention to anyone who approach them saying they are Gyptain.