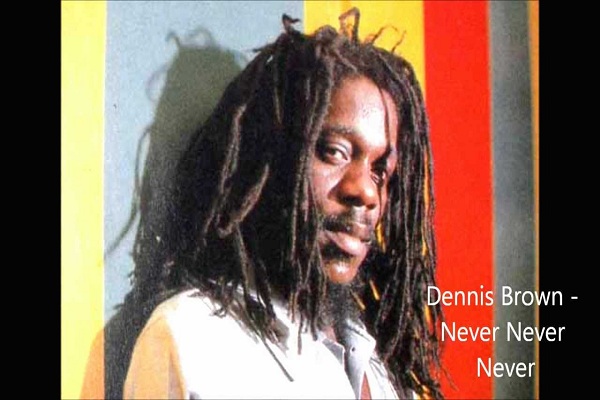 Dancehall Jamaican is a popular type of music originated in the late 70s in Jamaica it is also known as bashment.

Dancehall is the mother of hip hop and owes its name to the spaces in which popular Jamaican recordings were aired by local sound systems characterized by a deejay singing and toasting (or rapping) over danceable music riddims.

The rhythm in dancehall is much faster than in traditional reggae, sometimes with drum machines replacing acoustic sets.Some persons are of the views that dancehall lyrics are crude or “slack”, because of its sexual tones.

Like its reggae predecessor, dancehall eventually made inroads onto the world music scene.

There is no denying the power and attraction of Dancehall-Reggae culture,its raw energy and force has reached several corners of the globe, and have attracted growing corporate support for its tremendous earning potential.

Dancehall and Jamaica reggae culture now are not like in the the 70's when you had artists mostly singing songs about what is happening in the world and social commentary. In dancehall, you can now find a lot of music describing the ladies, guns and material things.

After artiste like Bob Marley , Peter Tosh and Jimmy Riley in the early years of reggae, we now have a younger group of artists who have change the style and tone of the music Call reggae and dancehall, early dancehall artist such as shabba Ranks and ninja-man pave the way for these young dancehall artist like, Bounty Killer, Beenie Man, Mavado, Vybz Kartel and Busy Signal.

Going to a session otherwise call Parties you will hear all genre of music but the patrons will wait until late hours in the morning to hear the hottest reggae and dancehall tunes before leaving.

Dances/parties sometimes goes on until late night or early morning. Most party goers waits for what is call dagga morning before leaving for home.

The dancehall and Jamaica reggae music culture has change a lot in the 80's dances and parties would not last all night and you could find males and females dancing together all night very close doing the dance call rubba dub. Thus is the Dancehall-Reggae culture in Jamaica now and back then.

"Street Dance" is Partying on the corner you also get to enjoy some of the best Dancehall and Jamaica Reggae music culture and also your favorite food, learn the latest dances and hear the hottest music.

Germany is mostly known for its football but the dancehall and reggae music culture is also a major player in this European country. This country also boasted a lot of artists and Top sound system. Most dancehall and reggae fans worldwide are familiar with an artiste who goes by the stage name "Gentleman".

"Rastafarian". is a religion which we must give a lot of credit for the huge success of dancehall and reggae music worldwide.

If you should converse with a Jamaican about this religion the first thing or person they would mention is...Read More..

The Broadcasting Commission is a statutory body which was established in 1986 to monitor the electronic media in Jamaica. It was first called the Broadcasting Authority.

They have recently came down hard on dancehall and reggae music which was being played on..Read More..

Jamaica steel drum music has improve immensely since the first beat in the 1970's.

The steel drum or steel pan as it's called in the West Indies was invented in the late 1930’s.. Read more..

Dancehall and Jamaica Reggae music culture and gospel music. This is the same gospel music that you love and enjoy today, only that it's recorded on dancehall riddims/beats.

This genre of music was started in the early 1990's. Some churches under the christian religion still don't accept ..Read more..

Mavado Vs Popcaan The 2016 Lyrical War
As the lyrical war between dancehall artists Popcaan and Mavado heats up, dancehall fans are saying that the industry needed this because dancehall music …

Marcus Garvey Festival 2013 Not rated yet
ExodusInity Promotions has been active in Nigeria since 2009. We have been at the forefront promoting Reggae music, re-branding and bringing it back to …

Selectors and Disc Jocks unite to fight for sound-system culture
Award-winning selector Ricky Trooper, last evening, hosted a meeting with fellow selectors and other music industry players in keeping with his promise …

Jamaican presence dwindles on Billboard Reggae chart, Americans dominate top 10 Not rated yet
Despite Jamaica's apparent renaissance in Reggae music this year, the island's presence on the Billboard Reggae Albums Chart in The U.S. continues to dwindle …

Veteran Dancehall Music Producers Team Up to Bring Back Dancehall Original Groove! Not rated yet
In the fast pace world of dancehall riddims, it's easy to get lost in a musical haze. Riddims come and go as fast as the blink of an eye, and great music …

New Reggae Music Game come coming this year 2013 Not rated yet
Over the past few years, game shows in Jamaica have become quite popular. But how many of them have been about our music? Not one. That's until now. …