Lee Milla Productions - This production company and record label are based in Kingston, Jamaica and Madrid Spain.

Presently in 2017, this is one of the top production/record labels on the Island of Jamaica producing dancehall and reggae beats.

Popular dancehall acts Mavado, Alkaline, Jahmiel and upcoming dancehall artiste Deizzle are the artists who are now working under the Milla Production label.

One of the label's most notable and successful release is Alkaline's  "Afterall" which was released via Alkaline's official Vevo page on September 12, 2016. In just over a year the song has racked up over 12 million views. 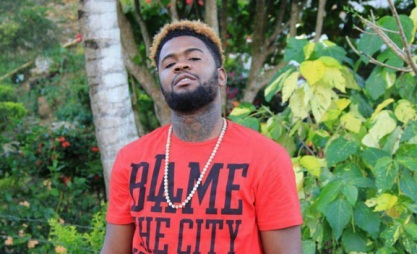 Some Dancehall and Reggae music's insiders might just now be hearing about Milla Productions, but this label has been around for some time now.  Between 2009 and 2012 there were chart-topping singles from the 'Worl Boss' Vybz Kartel which was released on the company imprint, such as 'None A Dem Boy Deh Nuh Bad', 'Mi Love Mi Life', 'If Night Becomes Di Day', and 'Mercy A God'.

Milla Productions is the engine behind upcoming artiste Deizzle.  One of his most successful single is a Collaboration with I-Octane and Hazard titled "Louis XIII". Other singles already released by Deizzle on Lee Milla Productions are 'This Is Dancehall', and  'Weh She Wan Do'.

Most of Alkaline's and Mavado's recent chart-topping singles were released under this record label, songs such as "Mavado's Laugh and Gwan", "Alkaline Formula", "Alkaline Try Again", "Alkaline Red Eyes", "Mavado ft. Jahmiel Badness", "Alkaline Give Thanks" and "Alkaline's Somewhere".

This is the production company/record label that most aspiring artists wants to work with presently (2017).  This is due to the huge success that artistes such as Alkaline, Mavado, and Jahmiel has been enjoying.