Havana Meets Kingston, The Best of Both Worlds, Reggae Compilation 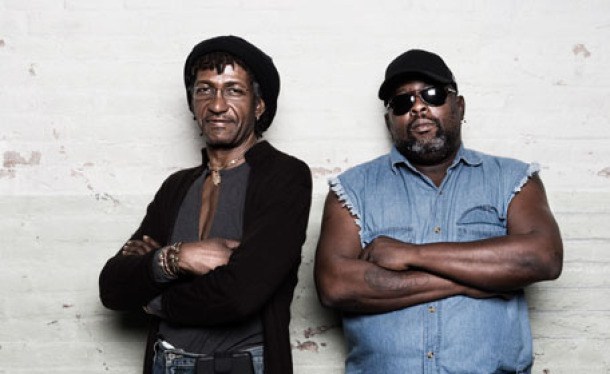 Havana Meets Kingston, The Best of Both Worlds, Reggae Compilation

Havana Meets Kingston is a compilation project that focuses on bringing the “best of both worlds” through the music cultures of, Cuba and Jamaica, something that has never been done before.

Savona (aka Mista Savona) saw an opportunity to marry both islands’ outstanding music styles by bringing a host of legendary and influential artistes together in one place to produce tracks in Spanish, English and Jamaican patois. The project features over 50 Cuban, Jamaican and International artistes such as Gaston Joya, Brenda Navarette, Julito Padron, Beatriz Marquez, Leroy Sibbles, Lutan Fyah, Randy Valentine, Micah Shemiah, Cali P and Glasford ‘Porti’ Manning & The Jewels. The main goal was to “bring Jamaican sound system and bass culture together with Cuba’s electrifying and virtuosic Afro-Cuban and jazz traditions” and the end product was phenomenal.

The combination of Jamaican roots reggae, dub and dancehall with Cuban salsa, rumba and Afro-Cuban sounds has created a collaboration that, according to one of the contributors involved, is both fun and fresh. The dynamic duo Sly & Robbie, Bongo Hermon and Bo Peep have all contributed their music styles to this project and visited Cuba in order to record with musicians there.

Talking on the project Sly said “It was a great experience working on this musical venture; I got to work with some very talented people from here in Jamaica and in Cuba. This offering is something very new and at the same time deeply rooted, cultured and bold.”

The first single off the album is Carnival which features British-Jamaican singer Randy Valentine and Cuban singer Solis.

Distributed by VPal Music, the album was released in in two parts - the first in November 2017 and the second in March 2018. Following its release, many of the musicians came together and embarked on a 3 week tour in Australia and New Zealand.

Upcoming promotional plans include an album launch to be done later on in Jamaica. A documentary capturing various aspects of the project’s development in both Jamaica and Cuba has also been created, with contributions from filmmaker Rick Mereki, producer Lauren Rosa Beck and photographer Lara Merrington.