Dancehall artiste Alkaline has received strong backlash from dancehall fans following the release of a controversial single on So Unique Records Igloo rhythm in which he endorses anal-stimulating sex.

In the song (title unfit for publication), the artiste stated that after receiving oral sex, having his rectum licked by a female is 'brawta'. 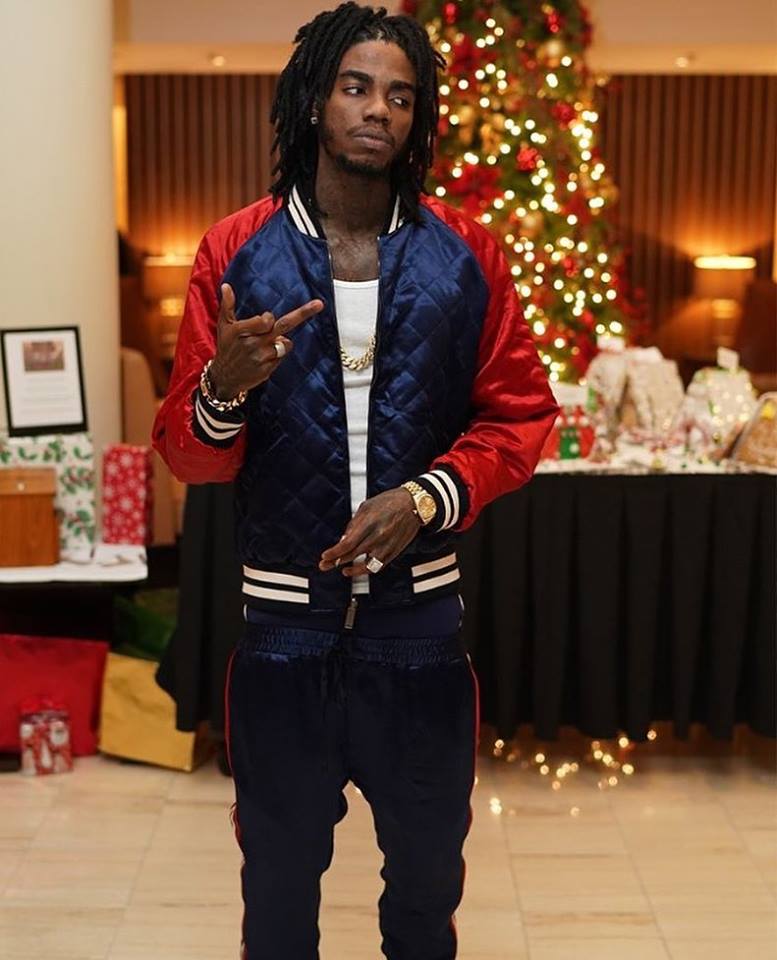 Several YouTubers have expressed that the song has pushed the sexual boundaries of dancehall too far, since anal-stimulating sex is a topic that is still very taboo in dancehall music.

The controversy behind the lyrics has garnered much attention on YouTube and has seen the song receiving over 30,000 views in just three days, more than any other song on the rhythm including Vybz Kartel's You Want Me. However, the commentators weren't very supportive of the young artiste.

"Jah know star this a nuh dancehall dawg ... mi no rate the evolution of the music at all ... too many artistes are using shocking value to cover the fact that their song lack substance and not sustainable ... #SaveDancehall?," YouTuber Phashon Don posted.

Even the crowned Queen of Dancehall Lady Saw who has been described as the Queen of Slackness at times, said she could not relate to the lyrics.

"I can' relate to the story, that is so gross. Everybody wants to be Vybz Kartel, I can't even comment on it," Lady Saw said.

Reggae artiste I-Wayne also condemned the lyrics. He also believes that artistes who want to push dancehall's boundaries further than Vybz Kartel are in for serious trouble.

"Him a try see if him can go further than Vybz Kartel, and any man try beat Kartel will find themselves in serious mess and trouble," he said.

I-Wayne also believes young artistes are doing freaky music because it is more marketable. "Dem realise sey from yu guh freaky yu get more attention more than the youth dem wey a duh positive music. Dem just a try get fame and a materialism a cause that. I don't think Alkaline would want his daughter to lick out a man anus. Dem talk deh a nuh life talk," I-Wayne declared.

The Life Seeds singer also advised, "Youth unno just keep the focus and keep it real and be yourself. Instead of wasting time betta unno guh learn a trade yah man," he said.

Efforts to get a comment from Alkaline were unsuccessful, however, a post from his Facebook page suggested that he was merely singing about what is taking place in society.

"How mi fi tek it too far when all mi sing bout a weh me see a gwan # wat a brawta lol," the post on his Facebook page read.

Dancehall artiste Dwayno also counteracted Alkaline's song with an effort called Mr Fagotty Alkaline, in which he suggests that if the deejay is prepared to make somebody put their tongue in his rectum, he will do other taboo acts.

"So a man thinketh so is he. Yu know mi nuh talk this fi get nuh hype but the truth is the truth, the word that cometh from thy mouth defileth thy body. Some man forget bout Leviticus 30 suh right now mi a stand up fi dancehall can't mek people classify wi and dem as the same thing nuh time,"Dwayno said in the outro of the 'dis' record.

A the youngest lawd
Johnny dem cyah stand we, Vendetta
Di struggle only mek we better
Dem write we off like a letter
But we still a trend setter

Alkaline - Juggernaut  Produed by Johnny Wonder - Dancehall entertainer Alkaline have released a brand new single just in time for the Summer of 2018.

Alkaline Fine Whine produced by Black Shadow - Dancehall artiste Alkaline has dropped his summer banger titled "Fine Whine" and the ladies are going to love this one.

Akaline's US Visa Still Safe Not rated yet
Fans of dancehall artiste Alkaline were left shocked on Monday after news that his United States visa had been revoked surfaced online. Various websites …

Alkaline Not rated yet
Alkaline is a good reggae artist. I love his voice I go crazy when I hear him sing on the radio that's my boy I can't say nothing bad about him because …

Alkaline boost for DJ Sunshine's new rhythm Not rated yet
Dancehall producer DJ Sunshine is celebrating the overnight success of her latest rhythm, 'Fire Starta'. The rhythm, released under her Yellow Moon …

Alkaline joins dancehall A-listers for Sumfest Not rated yet
The organisers of Reggae Sumfest have confirmed the lyrical Assassin and new sensation Alkaline for Dancehall Night, July 17, of the 22nd staging of the …

London girls pull Dancehall artiste Alkaline Off stage  Not rated yet
Alkaline burn down london on 12 april 2014 14,326 people came out to see Alkaline for the first time. 90% was female age 18 to 40 . that why he is the …