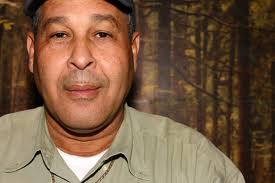 He began his musical career as a dub master at King Tubby's recording studio. His dubs were known for their clear sound and use of effects.

After earning money from building amplifiers and repairing electrical equipment from his mother's house in Waterhouse in the late 1960s, he started his own sound system.

He also built equipment for other local systems. After leaving Jamaica to work in Canada for a few years in the early 1970s, he returned to Kingston in 1976 and set up his own studio at his in-laws' home in Waterhouse, and released a couple of Yabby You productions.

When Phillip Smart left King Tubby's team to work in New York, Jammy replaced him, getting to work with Bunny Lee and Yabby You.

In the late 1970s he began to release his own productions, including the debut album from Black Uhuru in 1977. In the 1980s, he became one of the most influential producers of dancehall music.

His biggest hit was 1985's "Under Me Sleng Teng" by Wayne Smith, with an entirely-digital rhythm hook. Many credit this song asbeing the first "Digital rhythm" in reggae, leading to the modern dancehall era.

Jammy's productions and sound system dominated reggae music for the remainder of the 1980s and into the 1990s. He continues to work as a producer, working with some of today's top Jamaican artists, including Sizzla.

King At The Controls showcases 20 essential Jammy's hits. Demonstrating a range of styles and artists produced during one of the most prolific periods in his career and dancehall in general.

The track list is a who is who of reggae on everything from love songs to hard core party tracks. The mixture of instrumentation and song themes display the popular trends of the time and all contain the vital element of the King Jammy's sound.

Tony Matterhorn Not the Greatest Selector because He Don't Know Music - King Jammy Not rated yet
Veteran selector Tony Matterhorn recently ranted at Dream Weekend that he was the greatest selector of all time because of his long list of accomplishments, …