He was the founder of the now defunct Dutty Cup Crew that had members Don Yute, Mossy Kid and Luger Man. 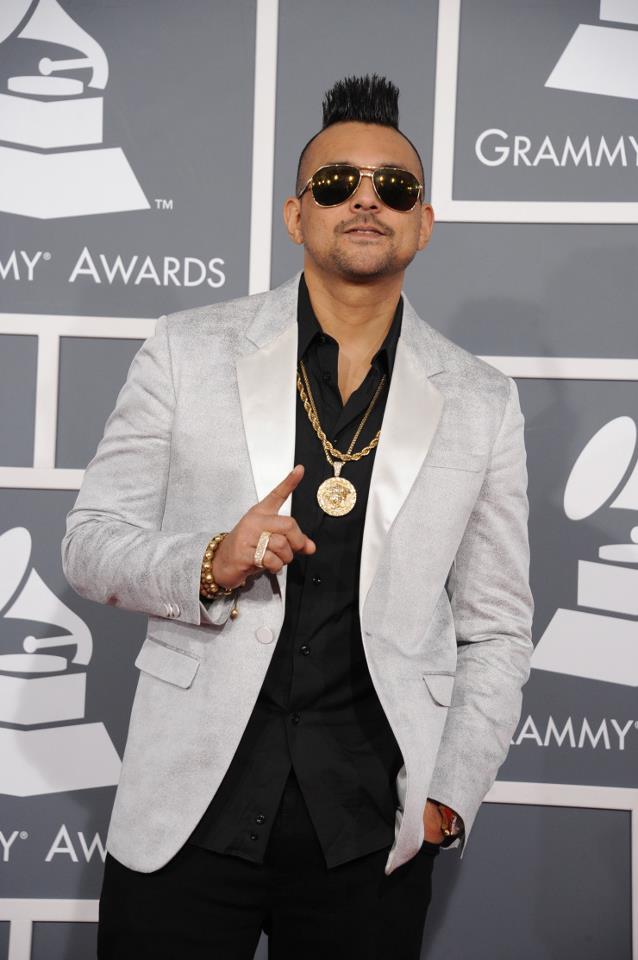 He attended the Wolmers Boys School and finish his studies at the University of Technology (UTECH)where he study Hotel management, he was also a very good swimmer represented Jamaica in Water Polo.

He paid his dues with lots of hard work in the Dancehall/Reggae industry even before his major international break.

The major hits that he produced at home and was in regular rotation on radio stations and at Parties, songs like "Baby Girl" and Infiltrate.

Paul's major break on to the international scene did not came until 2002 when he record the hit single "Gimme the Light" on the Atlantic Label for producer Troyton on the Dutty Rock album. This single did well in the USA, UK and Europe.

He released "We Be Burnin" and the whole world started hearing about him.

In his home country Jamaica, he was not getting the same recognition because most of the people were saying that he was an Uptown Artiste and most people in Jamaica thought that Dancehall is for the Ghetto people and its a Ghetto thing.

After Sean released of the album "Dutty Rock" which did very well for him he was now the artiste everyone wants to do collaborations with.

This led him to do collaborations with Beyonce Knowles (baby boy) and Blu Cantrel (breathe) just to name a few, both of these collabs were major hits.

He has since release albums "Trinity" and "Imperial Blaze" both of which was nominated for best reggae album for the Grammy Awards.

In 2004 he hit the jackpot when he won the Grammy for best Reggae Album "Dutty Rock". He lost the Grammy to Stephen Marley when Imperial blaze was nominated.

He is still not getting the ratings in his homeland for the hard work done in producing good quality music and promoting Dancehall and reggae Music world wide.

International dancehall star Sean Paul is experiencing unbridled joy after it was announced that he will be conferred with the Order of Distinction by the Government of Jamaica.

The Get Busy artiste is being recognized for his contribution to the global popularity and promotion of reggae music.

He will receive the honour on Heroes Day in Jamaica 2019.

Sean Paul in release said this is a real accomplishment for him as, over the years, he has watched the ceremony and admired those who have been awarded.

Reggae artiste Sean makes appeal to save dad - Sean Paul took to social media yesterday to make a heartfelt appeal for blood to save his ailing father.

Sean Paul Granted Commander of the Order of Distinction (CD) 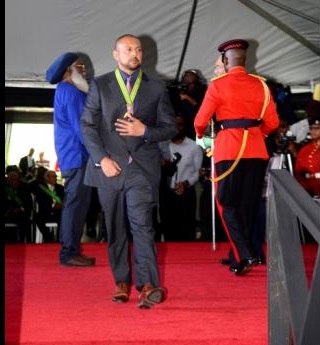 Sean Paul Granted Commander of the Order of Distinction (CD)

One of Jamaica's and Dancehall Reggae music artist Sean Paul was honoured by the Jamaican Government with Order of Distinction (CD) on October 21, 2019.

For his contribution to the global popularity and promotion of reggae music, international recording artiste Sean Paul Henriques, known professionally as Sean Paul, was granted Commander of the Order of Distinction (CD) at the Cer emony of Investiture and Presentation of National Awards held at King's House on Heroes Day.

Recognised widely as a superstar in the genre, Sean Paul crossed over into the global mainstream in the early 2000s with his unique sound, performance and lyrical styles that were patterned off musical influences such as Super Cat.

Sean Paul, DJ Frass - House Party (Official Video) Not rated yet
The much anticipated video for Sean Paul and DJ Frass "House Party" is now out. The video was released on August 10,2018 via Sean Paul's YouTube channel …

Sean Paul set to release new album in November 2013, unveils tracklist Not rated yet
Grammy-winning Jamaican entertainer, Sean Paul has unveiled the official tracklist for his upcoming studio album, Full Frequency, which is set for a Nov. …

Sean Paul to drop his sixth Studio Album This year 2013 Not rated yet
INTERNATIONAL dancehall artiste Sean Paul is working on his sixth studio album due to be released this year. The Gimmie the Light singjay is in Los …

Sean Paul sued for $US80 million by alleged ex-lover Not rated yet
It’s been a bizarre start to 2013 for internationally revered Dancehall superstar, Sean Paul, who’s facing a lawsuit from an ex-lover who has made a myriad …

Sean Paul said producers should make dancehall So it’s sounding more international than dancehall Not rated yet
Bangalore fell in love with Sean Paul over the weekend and why not, when the artiste ensured he sang and performed his best hits to an expectant audience …

Sean Paul Feat. Kelly Rowland How Deep Is Your Love Lyrics Not rated yet
Sean Paul Yo yo, Well ooman ah lovin' you ah do it You ah bubble it bubble it Ah you know say that me sit Do it trouble it trouble it Don't …