Lady Saw The Queen Of The Dancehall

"Lady Saw", "Marion Hall", "Mumma Saw" and the Queen of the Dancehall are just some of the names which this Icon of the dancehall industry goes by.

She was born on July 12, 1972 in Galina St. Mary Jamaica. She then left for the capital city Kingston when she was fifteen years. 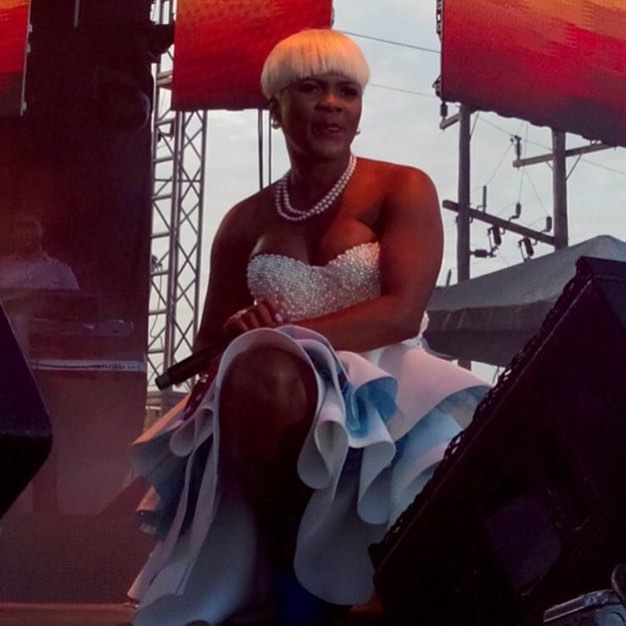 There she worked in the Freezone sewing T-shirts, but she soon decided that this was not her career path and this led to her resigning this job.

She named herself after another Icon in the business. The Late Tenor Saw.

The Jamaican music industry is very hard to break into and like most dancehall artiste she too started her career performing on Sound System.

Her recognization came after the release of her first album titled "Lover Girl" in 1994.

Truly an Icon in the dancehall music industry.

Most female artiste in the business look up to her for guidance and inspiration and she is loved by almost all females.

Her biggest accomplishment to-date is the "Grammy" won in collaboration with "No Doubt" for their big single "Underneath It All" in 2003.

Most of her songs is not for Kids because of the sexual contents (lyrics). When she recorded "Less Than A Woman" in 2007 it was like a breathe of fresh air.

I seen her performed this song many times and she get very emotional every time she performs it.

Saw said that she actually wrote this song because she presently does not have a biological child of her own and in our society most women are not comfortable with this. Currently she has three children all adopted.

After breaking her contract with "VP Record" she started her owned label "Diva Records".

On December 14th, 2015 she got baptized and now goes by the name Minister Marion Hall. She is now a Christian.

In a private service at the Emmanuel Apostolic Church on Slipe Road in Kingston, Lady Saw – whose given name is Marion Hall – was baptised by Bishop Everton Thomas in the presence of close friends and family.

"The Lord has been speaking to me for years and I have been dodging him," Hall testified.

Singjay J Capri, whose given name is Jordan Phillips, died on December 4, following a tragic car crash on November 23 in the Barbican area of St Andrew. Hall attended the thanksgiving service for the 23-year-old’s life, which was held today at the University Chapel of the West Indies, Mona. 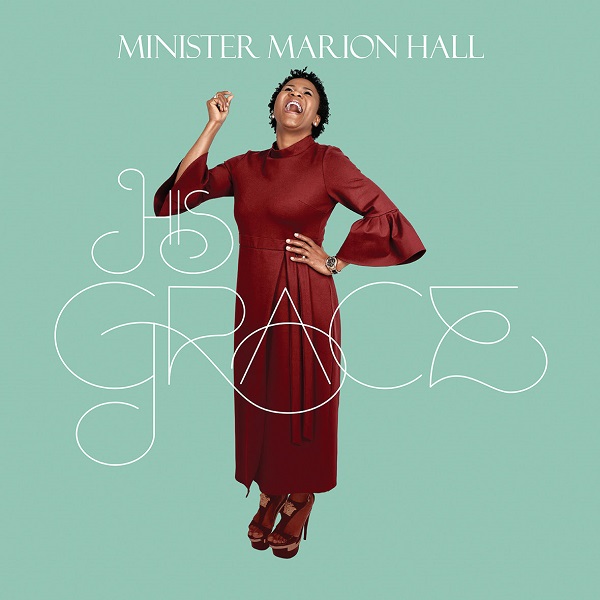 Dancehall artiste Lady Saw was baptised a short while ago. In a private service at the Emmanuel Apostolic Church on Slipe Road in Kingston, Lady Saw …

LADY SAW has announced that she is going back to church and is giving up on her secular lifestyle as she is now a new servant of God. In an Instagram …

This week we are asking you to share your view/comment about this new song by the Queen of Dancehall Lady Saw call "Heels On". Listen the track below …

Intro: Mate fi have manners dem fi only speak when they're spoken to, Or dem nuh fi chat none at all. And if dem eva call mi name yuh see. Mi say, …

Will the Queen of the Dancehall Lady Saw make it as a Gospel artiste?

Minister Marion Hall - I Had Jesus - Marion Hall Ministry / VPAL Music Not rated yet
Marion ‘Lady Saw’ Hall, born 12th of July in Saint Mary, Jamaica, is known primarily as “The Queen Of The Dancehall". She is the first Jamaican female …

Lady Saw aka Marion Hall in first gospel concert Not rated yet
Sunday, March 27 … mark that date on your calendars! And why should you? Well that will be the evening when converted deejay Marian ‘Lady Saw’ Hall appears …

Lady Saw Lady Saw - Lay On Your Body Lyrics and audio Not rated yet
Rain a fall, hard Jah know and dah body deh Jah know me like it Me woulda do somethings to dah body deh I have a feeling you should take me home …

Lady Saw Summer Love Lyrics and Official Music Video Not rated yet
Summer Love, I need some summer love Summer love yeah I want to fall deeply in love With somebody this summer I wanna make some sweet love Before …

Lady Saw: Done With Jon-Jon Has New Lover  Not rated yet
n the over thirty years since the emergence of dancehall as a genre, never have we seen so many females on its frontline. Evidenced on the 2015 lineup …

Lady Saw & Starface talk 'Summer Love' + why she hasn't become a Christian Not rated yet
Queen of the dancehall, Lady Saw stopped by Nightly Fix along with upcoming artiste Starface and talked about upcoming projects together + her evolution …

Lady Saw Angry at her Ex-Lover's infidelity and greed  Not rated yet
May 19, 2013 The queen of dancehall, Lady Saw, had tongues wagging last weekend with controversial tweets, sent from her Twitter account, speaking …

Lady Saw's Hair dresser is one of Her Matey? Not rated yet
Is Lady Saw venting publicly again about another matey? SO TRUE!!! Lady Saw, who is no stranger to spilling her guts on social networking sites, went to …

Lady Saw Turns the Heat up in 2012  Not rated yet
The queen of dancehall music Lady Saw seems to be going right back to her roots of the 90s. In the 1990s Saw was one of, if not, the hottest Female dancehall …

Lady Saw "wife a wife"official video Not rated yet
The queen of the dancehall lady saw is at it again with her latest single title "Wife A Wife". The video was filmed and directed by Nordia Rose for …

Lady Saw Not rated yet
Hey – have you guys heard Lady Saw takes on Gyptian’s Hold You with her own female anthem version of the song? SSWEETEST RIDE (previously titled Me Hold …