One of this year's highly anticipated Christmas releases is being promoted with the sound of reggae's own fireman Capleton. 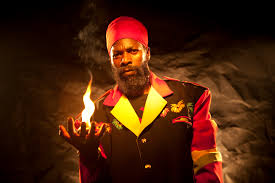 Capleton's manager Claudette Kemp cited "certain issues" that have kept the team in the dark regarding the feature.

She said they are unaware and currently incapable of finding out if the song will be included in the film's soundtrack as well.

The reggae artiste's management was also unable to confirm whether or not Capleton would get royalties if the song is featured on the film's soundtrack.

I Am A God has been used in the promotion of Hollywood blockbuster The Wolf of Wall Street.

Assassin's Creed, which stars Academy Award winner Marion Cotillard and Academy Award nominee Michael Fassbender, is the film adaptation of the popular video game of the same title. It is scheduled for release in December.