Hammond Musical career was influenced by Ska and Rocksteady music, more in particular Alton Ellis who is known as the King of Rocksteady.

Before getting his big break, Beres participated in a number of talent shows between 1972-1973. It was also during this period of time that he recorded his first song "Ellis Wanderer". 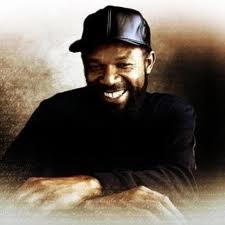 Known for his romantic Lovers Rock songs and soulful voice, it did not take long for him to make it big locally and internationally.

In 1975 he joined the Zap Pow Band as their lead singer, this led to the release of the hit single "The System" in 1978 on the Aquarius Record label.

Between 1976-1978 he recorded and released a number of hits. Songs such as: One Step Ahead and I'm In Love. He also released his debut album "Soul Reggae" for Water lily in 1976.

Hammond formed his own record label, Harmony Records, in 1985 for the release of his "Make a Song" album.

Some of his most popular hits are:

The lovers Rock singer has to-date (2011) released more than 25 albums including compilations and DVD.

His latest album "Just A Man" was released in 2010 for VP Records.

Don’t be deceived by Hammond’s cool profile. The playful smile, the unassuming demeanor, the beard and the cap and the spectacles might lull you into forgetting that you’re in the presence of an awesome musical talent, Jamaica’s greatest practicing singer/songwriter.

Articles On Dancehall Reggae World You Might Have Missed ......

Reggae Meets Jazz Beres Hammond and Monty Alexander Not rated yet
With Festival season in full effect Jammins Events has planned a fest of their own, “Reggae Jazz Fest”. A two day, two city festival for all jazz and classic …

Reggae artiste Beres Hammond album 'One Love, One Life top Billboard reggae album chart Not rated yet
Reggae legend, Beres Hammond has been enjoying lots of international exposure in recent weeks and with good reason as his latest album has topped Billboard. …

Beres Hammond 26th album "One Love, One Life" released November 13, 2012 Not rated yet
Jamaica’s greatest living singer has a new album, and it is one of his strongest records in years. We’re still letting it sink in but One Love, One …

Beres Hammond and Roots to perform on the Jimmy Fallon late show Not rated yet
Reggae crooner Beres Hammond is scheduled to make his late night television debut on Tuesday, December 11th, 2012 on NBC’s Late Night with Jimmy Fallon …

Beres Hammond Dancing Beauty Lyrics 9.58 riddim Not rated yet
My girl Do what you do, I just love what you do, yeah I like that dance, do it yes They see her dancing And say she's freaky They watch the moves …