Boom Boom who's real is Marlon Wizard is a member of the Bounty Killer led Alliance Music Group. 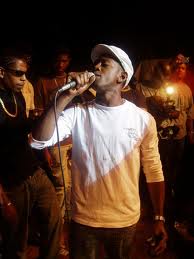 He is known for his high engery proformances and hard hitting dubplate. Most of his dubplate are done by the Bounty Killer led Alliance and Mavado's Gully Squad.

Since making his mark on the dancehall reggae scence in 2008/2009 he has being one of the most booked selector both local and international. He has also toured most of Europe with stable mate Mavado and the Gully Squad.

In August 2010 after playing at the popular Uptown Mondayz in Kingston, Jamaica, he was attack, beaten and robbed.

Reports are that the incident has to do with Him (boom Boom) not playing a song which was given to him by a friend of Blak Ryno a former member of the Vybz Kartel led Portmore Empire.

On December 2, 2010 promoters of Xpressionz Thursday along with a number of artiste came together and Crowed the Popular selector..see preview above.