Metro Media Sound System started out in the dancehall and Reggae industry in 1974.

It was first owned by Lou Gooden, but when he migrated from Jamaica in 1976, Jimmy Metro take over ownership.

The sound was first played/selected by Peter Metro. He was later joined by the current selector big belly sky juice a former selector of Black Zodic.

Artiste such as Josey Wales, Sister Verna and Sister Katy toured Europe with this Veteran Sound System in 1984.

Metro was and is still champion in the clash world . It is well known for their unique dubplates and selecting styles.

After playing one of Bounty Killer's Dub-plates in a dancehall session, reports are that this is what led to his (buss) break into the dancehall and reggae music business in the 1990's.

In the year 2010 the sound is more than 30years old. Still base in the woodford area of Kingston 4, Jamaica, It is still one of the most booked sound system in Jamaica.

It was a thrilling night for clash fans and one of great surprise, as juggling contender Sky Juice/Metromedia won the sound industry's most coveted competition, World Clash R.E.S.E.T. This iconic victory marks the first time a juggling sound won World Clash.

Clash fans turned out in the droves to experience the excitement and energy of World Clash R.E.S.E.T., which was filled with historical moments, performances and music selections. Following Sky Juice/Metromedia's consistency was King Addies, who was fresh off the heels of defeating World Champions Bass Odyssey.

King Addies delivered a stellar performance through out the clash, earning a prized spot in the "tune-fi-tune" against Metromedia.

All sounds brought experience, charisma and undeniable entertainment to the World Clash stage! Now you get to re-live the world's renowned competition completely free. 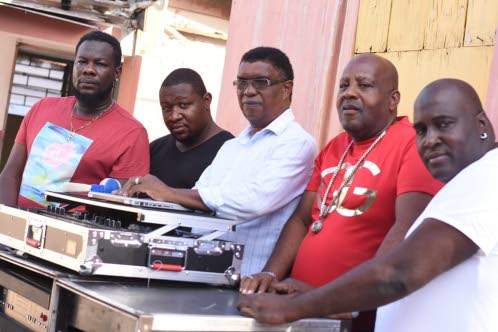 In the 1990s hardcore dancehall fans flocked venues like House Of Leo to hear Metromedia Sound System throw down the latest hit songs through resident selector Sky Juice and deejay Peter Metro. As a new generation of 'sounds' emerged, 'Metro' has taken a back seat but owner Haldaine “Jimmy Metro” James says they are still in the game.

James has operated Metromedia since the mid-1970s when he took over from Lou Gooden, who launched it in 1968. He was at the helm during its glory years of the 1980s and 1990s, but admits there has been a lull in recent times.

Metro media Sound is still busy, playing at least three times a week, but James believes it is due for a rebranding to reach younger fans.

“People need to know we are still around. We still have our fans but we want a younger generation to know we are not playing old people music,” he told the Jamaica Observer.

“We play the hottest artistes out there, is not jus' songs from the '80s and '90s. There is something for everybody who come to a Metromedia dance,” he said.

Originally from Newell in St Elizabeth, James moved to Woodford Park in central Kingston in 1968, around the time Gooden started Metromedia in that community. When he assumed the reins, James was a public relations man at Dynamic Sounds.

Initially a “soul sound”, Metro took off in the 1980s thanks to the popularity of Peter Metro and fellow deejays Squiddly Ranks and Dominic, a white Londoner.

They played throughout Jamaica, the Caribbean, England and the United States east coast. That trend continued during the 1990s, when they were a staple at House Of Leo, and drew younger fans through another rising star in their ranks, deejay Tanto Metro.

Most of Metromedia's dates these days are in rural areas. For 10 years, they had a weekly gig at their Woodford Park base but gave that up in 2016 due to violent outbursts in the area.

Giving a nod to Weddy Weddy and Uptown Mondays, James is aware of the influence weekly dances have.

“That's something we are definitely looking at. We are trying to find a venue right now,” he said.