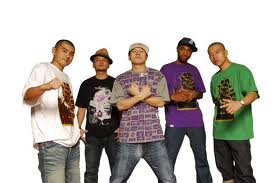 It started out by playing at night clubs and promoting itself through mix tapes. By 1994 they were one of the most sought after sound system in Japan.

Even though Mighty Crown is known for its juggling at parties. It is one of the most feared sound system in the dancehall clash world.

By the year 1998 it was the top system in Japan, they were and still is the undisputed and Undefeated champion sound in the far east.

The selectors are Masta Simon, Cojie, Super and Sami-T. In 1999 the far east ruler won its first international trophy, this was for winning the world clash which was held in Brooklyn NY.

2000 was the year in which they teamed up with dancehall promoters Irish and Chin from Irish and Chin's Entertainment. This was to help strengthens the sound worldwide.

Crown is not only a sound system, they have since formed their own record label call "Lifestyle Records" and clothing line called "Nine Rulaz". It is also the owner of a Japanese dancehall free paper magazine called "Strive".

Mighty has become very influential to dancehall and reggae music in Japan, due to their talent, ability, love and devotion.