Silver Hawk Sound System is the brain child of veterans producers Clevie and the late Steely. 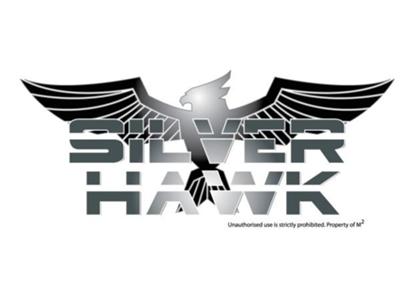 The sound got its name from Steeley who had a bike named the Hawk. The sound came alive in the heyday of sound clashes in Jamaica.

Richie Poo who is the current selector (2011) said that sound clashes lack substance as often entertainers are unaware of many of the founding fathers of the practice and lack the ability to take the audience on an evocative musical journey.

Early summer 2009 brought a slew of internet buzz about the return of the innovative and classic sound passionately called the ?HAWK? by fans.

The buzz faded with the hospitalization and passing of Steely, but even in his death Steely?s musical voice will be heard through a proposed tour called, ?Tribute to Steely.? The tour is being initiated by the current Silverhawk team put in effect before his untimely death.

Silver Hawk first major clash after its re-launched was against Bodyguard in the Guiness Sound Of Greatness in October 2011. The Hawk came out the winner.

I'm a very Big Fan of the Hawk. The Riddims, Sound Sound Effects, Creativity, & The overall Music Is The Reason I listen to Silver Hawk til this Day. Makes me feel I'm part of the Team too. Big up Steely & Clevie, The Brainchild's of Silver Hawk. R.I.P. Steely. Long live the Hawk. Respect.

I' m a original silverhawk fan and no direspect to richie poo but when you say original selector you have to mention big head basley became he is the first selector on the hawk, big up to barber and langy foundation august town fi life.

Jun 24, 2014
Rating
selector award for the great one's
by: selector

this is just a question,why they dont have a selector award, is it because selector's dont get the credit that they deserve,i must say nuff respect to all the elder selectors like ,IAN from road star,GLAMA WAYNE from gemini,RICHIE POO from silverhawk,exodus,spinners choice,jam rock and stereo vibz.MARK DRAGON from inner city,CAPT.MIDNIGHT from super saint, SKY JUICE from metro media ,and the genius ROARY from stone love,these guy play a great role in expanding reggae dancehall music.blees up to all new dj's