Digicel plans to host a number of events culminating the Reggae legend's life and times. 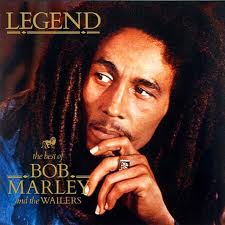 On Wednesday, Digicel will sponsor events scheduled to take place at the Bob Marley museum that morning, including a Masters vs. Celebrities charity football match, featuring some of the island's premiere musicians, actors and comedians. Music lovers will also be able to purchase some of Bob Marley's classic songs as their InTunes ringback tones.

However, the bulk of planned celebrations will take place Thursday as a free concert has been scheduled by Digicel, in conjunction with the Bob Marley Foundation to honor the universally-revered singer. In what will be its third edition, the event features a strong bill of performers including award-winning Dancehall diva, Tifa as well as prominent singjay and fellow brand ambassador for the phone company, I-Octane. Other notable entertainers on the card include veteran artistes, Capleton, Luciano, Nadine Sutherland, Jermaine Edwards and Leroy Sibbles as well as fast-rising Reggae newcomers, Chronixx and Hempress Sativa. The event kicks off at 6 p.m. from Emancipation Park in Kingston.

In a statement, Digicel sponsorships manager, Tahinda Nunes said, “As we continue to support the promotion of our unique culture, we are very proud of our partnership with the Bob Marley Foundation, and we are happy to be on board to celebrate, arguably, one of the best performers this world has ever seen.”

Stephanie Marley, director of the Bob Marley Foundation spoke highly of the partnership, "We are definitely appreciative of the support we have been getting from Digicel. This year, we chose the theme 'Survival' and we think this is such a fitting theme, based on the crisis the world is facing. We believe strongly that as he (Bob Marley) said "Only the fittest of the fit shall survive", and we want to encourage our people to drive to be survivors."

Several other events have been scheduled for this week apart from Digicel's list, including a tribute concert on Tuesday night, the King of Reggae birthday concert on Wednesday, hosted by former Wailers member, Bunny Wailer.