TIFA - No one believed that Latifa Brown would turn into Dancehall's Princess "TIFA", one of the hardest working women in Dancehall.

Showing Jamaica, and the world, Life isn't what you have, its what you make of it, and if you follow your dreams nothing is impossible.

Her interest in music developed from a very young age, listening to musical legends such as Earth Wind and Fire, Patti Labelle and Aretha Franklin. Growing up with her stepfather, Sampalue, the reggae producer who assisted in the building of several music careers such as Lady Saw, gave her a deep-rooted love for Dancehall music. 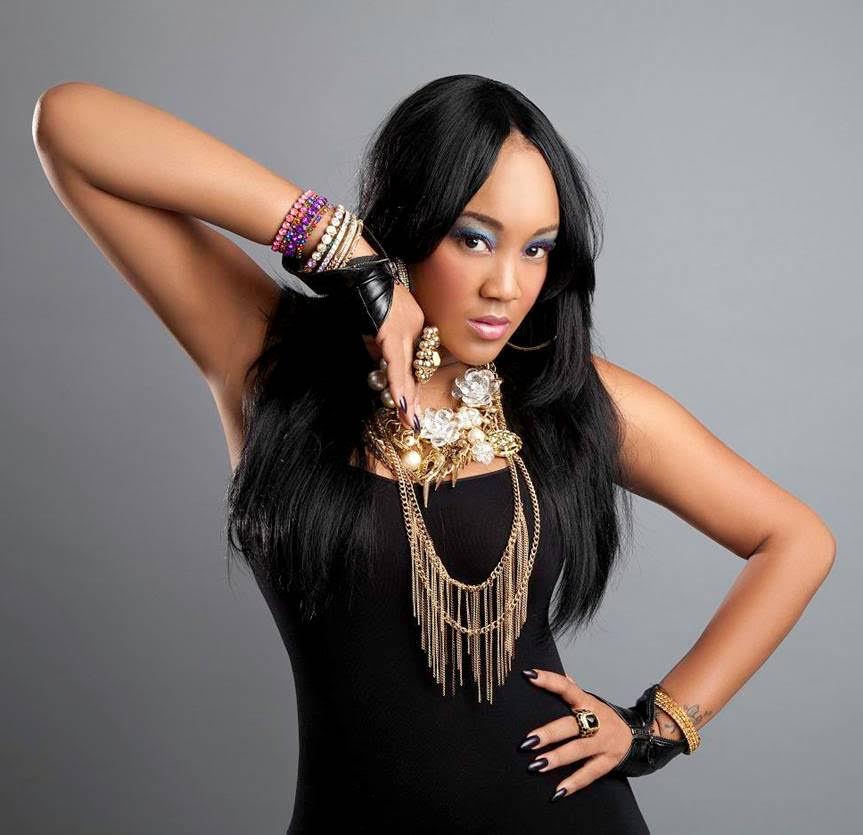 While attending Wolmers Preparatory, she was actively involved in the School Choir, Drama Club and Wolmers Dance Troupe. As recognition for her choreography talents grew, so did her passion for singing and songwriting. In early 2005, she decided to put her music first, recording on her stepfather's record label Diamond Rush Records. She also collaborated with a number of his artists as well as others and sang backup for a short while.

She has since teamed with most producers in the Jamaica music fraternity. She worked really hard in the studio to produce highly talked about singles such as "Kitty Police" for TJ Records on the Show off Riddim. It was the single "Crawny Gal" on the Dem Gal Sitt'n Riddim, produced by Ward 21, that showed Jamaica who TIFA was.

The compilation CD was in Japan where it was released, where it received rave reviews worldwide. It was the next single "Bottom of the Barrel", that catapulted her career to the next level. The single was a HUGE radio hit, as well as the video which was nominated for quite a few awards. Last year Tifa has also released the joint effort mix CD entitled “TNT – 3 The Hard Way” with labelmates Natalie Storm and Timberlee, produced by New York ‘s famed DJ Max Glazer and The Federation Sound, which was dubbed “the maddest mix CD ever.”

In 2008, Tifa did an extensive tour of Europe with her labelmates and mentors Ward 21, which was very successful, from which she became the first female Reggae/Dancehall artist to perform in the Czech Republic. She has been busy spreading her infectious rhymes and captivating performances in the Caribbean and North America. She presently is working on her first and upcoming album entitled "Sex, Love & Lies," which hopefully will have an international release.

The year 2009 stated, She started the year off, with her most recent hit "Spell it Out", produced by powerhouse Ward 21. Hard hitting Dancehall single, that let every one know, that T-I-F-A is here to say. The video for the single, shot by Dexter "3D" Pottinger, made the single unstoppable on television and radio.

Other singles followed, “Tick it Like a Clock” on Stephen McGregor’s Boasty Riddim; and “God Blessed,” produced by Equiknoxx Music, which is a Dancehall ballad revealing her versatility, not only as a DJ but also as a singer.Brown, also joined the cast of RETV's High School Tour, as well the Digicel and RJR cross country tours road shows. Her most recent single, entitled "Without Warning" was produced by Esco from 111 Productions, on the La Perla Riddim, has really taken Jamaica without warning.

She has created a name in the business, as a lyricist, everyone wanting to hear what she has to say.and also as a hardworking talented young women. With a strong and experienced management team behind her, headed by Otis Davis, alongside Ward 21. There is no doubt that this Dancehall Princess will be felt by the worldwide.

Tifa Retiring From The Dancehall? - Last month (October 2017) news came when dancehall artiste T.I.F.A did a radio interview in the United State where she said she revealed that next year could be her last year in the music business.

Tifa Released Five New Single To Closed Out The Summer of 2016 Not rated yet
Following the annexation of her latest hit single ‘Big Bumper’ to the official playlist of BBC Radio One in Britain, Jamaican Dancehall star Tifa continues …

Tifa’ ‘Big Bumper’ Tops The Chart In St. Lucia Not rated yet
Weeks after releasing the medley video for her controversial singles ‘The Champ/Big Bumper’ via VEVO, Tifa is already reaping major rewards from the project. …

Tifa Named ‘Artiste of the Month’ By British Radio Not rated yet
Following the annexation of her latest hit single ‘Big Bumper’ to the official playlist of BBC Radio One in Britain, Jamaican Dancehall star Tifa continues …

Tifa Delivers In New York and Set To Release New Medley Video Not rated yet
PRISM MARKETING CONSULTANTS || APRIL 7, 2016 || After being named one of FADER Magazine’s top 25 artistes in the world to watch and listed among the top …

TIFA Wins ‘Collaboration of the Year’ and Set To Invade Florida Not rated yet
Following an exciting performance over the weekend at the Sagicor Sigma 5K Run/Walk, dancehall star Tifa continues to enjoy an upward trend in her career …

Dancehall/reggae artiste Tifa in war mode? Not rated yet
Addresses several artiste in new mix tape Stay Away is the title of Tifa's new mix tape and the artiste is leaving no stones unturned in silencing her …

Tifa Drops new single Bak It Up produced by Island Kings Records. Not rated yet
Island Kings Records was founded in 2014 by a team of industry experts who came together to create a Label who’s main focus is to cross over artist’s into …

Tifa - No Romance WIthout Finance lyrics Not rated yet
(Intro) Yo seh yo waan mi straight from si shout Yo waan jump paw mi like a bounce about But a supn fi supn, a no nothing fi nothing A no so it work …

Tifa releases trio of new songs, named brand ambassador of Stewart Motors Not rated yet
Acclaimed Dancehall artist, Tifa has released new material aimed to show off her sex appeal and talk down to her critics in the same breath. The popular …

Tifa - Champion Bubbler (Produced by Dre Skull) - OFFICIAL VIDEO Not rated yet
This is the official music video for dancehall artiste Tiffa's 'Champion Bubbler" produced by Mixpak. READ MORE ABOUT TIFA AND WATCH MORE OF …

Tifa Hold On lyrics Not rated yet
So if yuh think say you a go get it one time You mussi outta yuh mind And if you think say, you ago get a one wine Boy not this time Am in the mood …

Tifa Matie Wine lyrics Not rated yet
Intro This is a public-service announcement from the Matie's Corporation Limited of Jamaica. They said to tell you this wives. Pre Chorus If …