It only took 30 years, but Bob Marley & the Wailers' 1984 greatest-hits album Legend has hit the top 10 on the Billboard 200 -- and in doing so, gives the reggae great his highest-charting album. 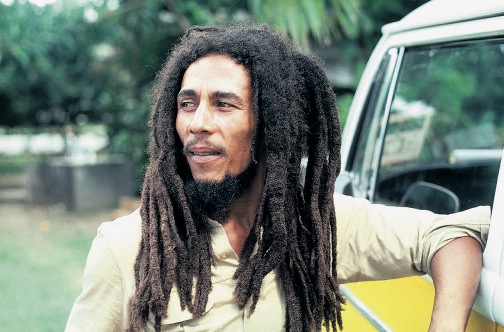 Legend zooms from No. 100 to No. 5 on the chart dated Sept. 20, thanks to deep discounting at the Google Play store during the tracking week that ended Sept. 7. The retailer slashed the album's price to 99 cents (down from normally around $9), helping spark its 41,000 sales for the week (up 1,166 percent). Industry sources suggest about 38,000 of Legend's sales in the week came from the Google store.

With the surge, Legend also secures its biggest sales week since the frame ending Jan. 3, 1993, when it sold 43,000. The leap gives Marley his highest peak on the Billboard 200, surpassing the No. 8 apex of Rastaman Vibration in 1976 -- his only other top 10 effort.

As for the selection of Legend for the promotion, sources close to Universal Music Group, which distributes the album, say that Google Play selects the artists and titles for its sale offers and discounted Legend "on their own." Google Play regularly discounts albums, but few markdowns have come close to the kind of chart splash that Legend has made.

"We love to celebrate artists like Bob Marley whose music is timeless and beloved," says Google Play head of global music partner management Gwen Shen. "Our hope is that this promotion ... will introduce his music to the next generation of fans and continue his legacy."

With regards to pricing and cost matters, Google Play wouldn't share its business conversations with label partners. However, label sources say the store is paying Universal "full price" for the album, which could be around $7 a pop.

Legend was originally released on May 1, 1984, and initially reached No. 54 on the Billboard 200. It went on to a very lengthy run on the list, previously peaking at No. 18 in 2012. The album regularly sells between 3,000 and 5,000 copies per week, and has sold 11.6 million copies in the United States since 1991, when Nielsen SoundScan started tracking sales. It is certified as selling 15 million, according to the RIAA, a total that accounts for sales before 1991.