Studio One  and "Coxsone Dodd"

The grandfather of all Recording Labels

"Studio One" is said to be the godfather of all recording labels in Jamaica today. Started in the 1950's it was owned and operated by Clement "Coxsone" Dodd.

It was located at Brentford Road in Kingston Jamaica, most of the Reggae, Dub and Dancehall music that was recorded in the 1960's-1970's was on this label. Other genre worth mentioning are Ska and Rock Steady.

One of the first recording for this label was "This Man Is Back" by Don Drummond. Coxsone also owned and operate a sound system called "Downbeat" and was regarded as one of the most reputable in the business at that time.

In the early 1980's Dodd's decided that he wanted to make another country his home and so the went and live in New York this result in the closing of the Recording Studio.

Most of our legends and great musicians worked with this label people such as Bob Marley, Dennis Brown, Marcia Griffiths, Lee "Scratch" Perry and the listed goes on.. He has being regarded as the greatest producer the dancehall and reggae industry has and will ever see.

In Jamaica and the world today if you were to attend an Oldies Session (Vintage Party) most of the songs that are played was recorded on the this monster label.

I would Encourage everyone to try and attend at least one of these session so that you can get to hear and enjoy the wonderful music produced and recorded by this legend.

On May 5, 2004 at the age of 72 the king of "Studio One" suffered a heart attack and was pronounced dead at hospital.

The government of Jamaica has since reward him with the "Order of Distinction" which is the third highest in my country for the work and contribution which he has made to Dancehall and Reggae Music.

Pages related to Studio one 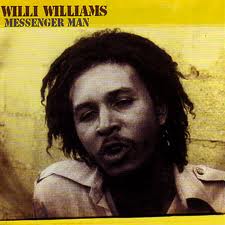 Studio One Showcase: roots, dancehall, lovers’ rock in the reggae mix
While much of the lore around Studio One has to do with its fabled releases during the 1960s, there’s a lot to be said about what Coxsone Dodd and co …

Read more about Bob Marley one of the artiste who worked with the Studio One Label.. or
Return to Dancehall Reggae world homepage from Studio One page