Dancehall Reggae artiste Assassin Agent Sasco, who's real name is Jeffrey Campbell has being creating a stir in the dancehall and reggae music industry with the release of some of his latest singles.

Assassin agent Sasco started out in the music business while he was still going to high school. He said that it was dancehall artiste Spragga Benz who encouraged him to take his music career seriously. 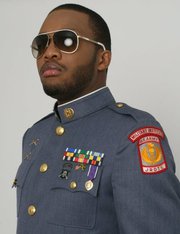 This was after Spragga Benz did one of his song "Big Up All the Shotta Dem". Assassin as he was called earlier in his career came onto the music scene in the Mid 1990s with his single "To The World" on the Rice and Peas riddim.

Since then, he has steadily climb the musical ladder. Since the beginning of the year 2011, he has been turning head with some very controversial songs, Some of which dancehall and reggae music lovers are saying are directed at Vybz Kartel.

The first of which is "Run Di Place" this he followed up with "Yu Mada". The song is being deemed by some as having counteractive lyrics to Vybz Kartel's recent Real Badman release.

Other top single from this talented artiste are:

The official video for Talk how Mi feel and Nothing at all can be view below..

The release of his latest single "Yu Mada" on producer Di Genius Wildlife riddim have being creating quite a stir on the internet. Again most people are saying it's directed at the dancehall hero Vybz Kartel .. You can take a listen to the song below.

After changing his name from Assassin to Agent Sasco, most of his songs was about social commentary. But it seems as if his music has take another turn.

You can leave your comments/views about Sasco and his music below.

Jeffrey Campbell, (born in Kingston, Jamaica on December 22, 1982) popularly known as Assassin aka Agent Sasco is a Dancehall Reggae artist, reputed to be a great lyricist and song writer.

He is also a producer, and Co-founder of Boardhouse Records. Named Assassin by school classmates for his quick-witted lyrics and sharp shooting delivery, a talent recognized before age 4, Jeffrey has always carried with him this impressive ability. In the latter portion of his high school years, he got his intro to the music industry when Spragga Benz recorded a song penned by Jeffrey. Having a seasoned mentor and the drive, the young talent quickly escalated his efforts and by age 19, he had three number one hits in that same calendar year.

Campbell grew up in Jamaica between Kintyre, in the parish of St. Andrew, with his mother and also in St. Catherine with his father. It was with humble beginnings that Jeffrey learned the value of living a fulfilled life is not measured by monetary possessions, but by the importance of personal output for good. His mother, a strong Christian woman, and father, an ex military officer, instilled a mindset of integrity, and emphasized the importance of education. Having this strong foundation has been a rooted influence in the art and life of Assassin.

Fueled by both purpose and passion, music comes naturally for the artist. It is in his DNA to be a musician, and in his upbringing to succeed at everything he attempts. The day he discovered the most basic formula in music, the four-count bar, was the day he learned how to creatively infuse his lyrics into each song. He steadfastly enthralled himself in the art and continued to acknowledge significant growth in his professional and personal life.

His experiences administered powerful lessons, which are reflected in his music. In addition, he continued his education in Business Management from University of Sunderland, adding to his skill sets of being a well-rounded professional artist. Signed to VP records in (2004), the deejay released two albums for the label, his debut album Infiltration (2005) and a celebration on ghetto life, Gully Sit’in (2007), both of which were acclaimed by fans and escalated his notability worldwide.

2005 was a checkered year for the artist, releasing his 1st album, becoming a father, and suffering the loss of his mother. Assassin took the experiences and directed his energy, motivating himself to strive and refreshing his overall persona. The following year a name adaptation came into play, Agent 006 (2006), borrowed from a theme playing off James Bond. The agent theme eventually evolved into “Agent Sasco”, when close friends started calling him “Sasco”, a derivative of Assassin.

Influenced by life experiences, classic dancehall riddims, and the richness of humanity, Agent Sasco’s music brings life to light in a conversation style method. Music for him is a dialogue, and in fact he doesn’t actually “write” his songs. He possesses an extraordinary gift, recording each track as it comes to mind. His natural aptitude to convey the human experience, through catchy beats, and spoken truth, are an effortless knack. This skill set offers him the ability to work quickly, producing an array of works with a plethora of talents, and also makes him appealing to fans globally.

Assassin Agent Sasco discography over the past decade includes two full albums, and over 300 singles. He has performed solo shows and major festivals all over the globe from Europe to Central America, North America to Africa, all over the Caribbean and also in the Far East. He has worked with major trendsetters in reggae music including, Shaggy, Marcia Griffiths, Beres Hammond, Spragga Benz, Sean Paul, Josie Wales, Bounty Killer, Maxi Priest, Buju Banton, Wayne Marshall, Richie Stephens, Michael Rose, and Freddy McGregor.

In 2013, American Hip-Hop artist Kanye West recognized Assassin’s lyrical dexterity and selected his verse for the song “I’m In It”, on the Yeezus album. This opportunity has expanded his visibility and opened doors across genres. Since then his lyrics have contributed to additional hip-hop artist’s songs, having worked with Jerry Wonda, Raekwon, and Melanie Fiona, “Soundboy Kill It”, Kardinal Offishall “Pretty Paper”, Lil Jon “Turn Down for What Remix”, and others that are currently under way.

His interest in crossing genres is part of his musical experience, yet he remains true to the essence of his craft, which is dancehall. Assassin is currently working on his third album, expected to release in 2015. 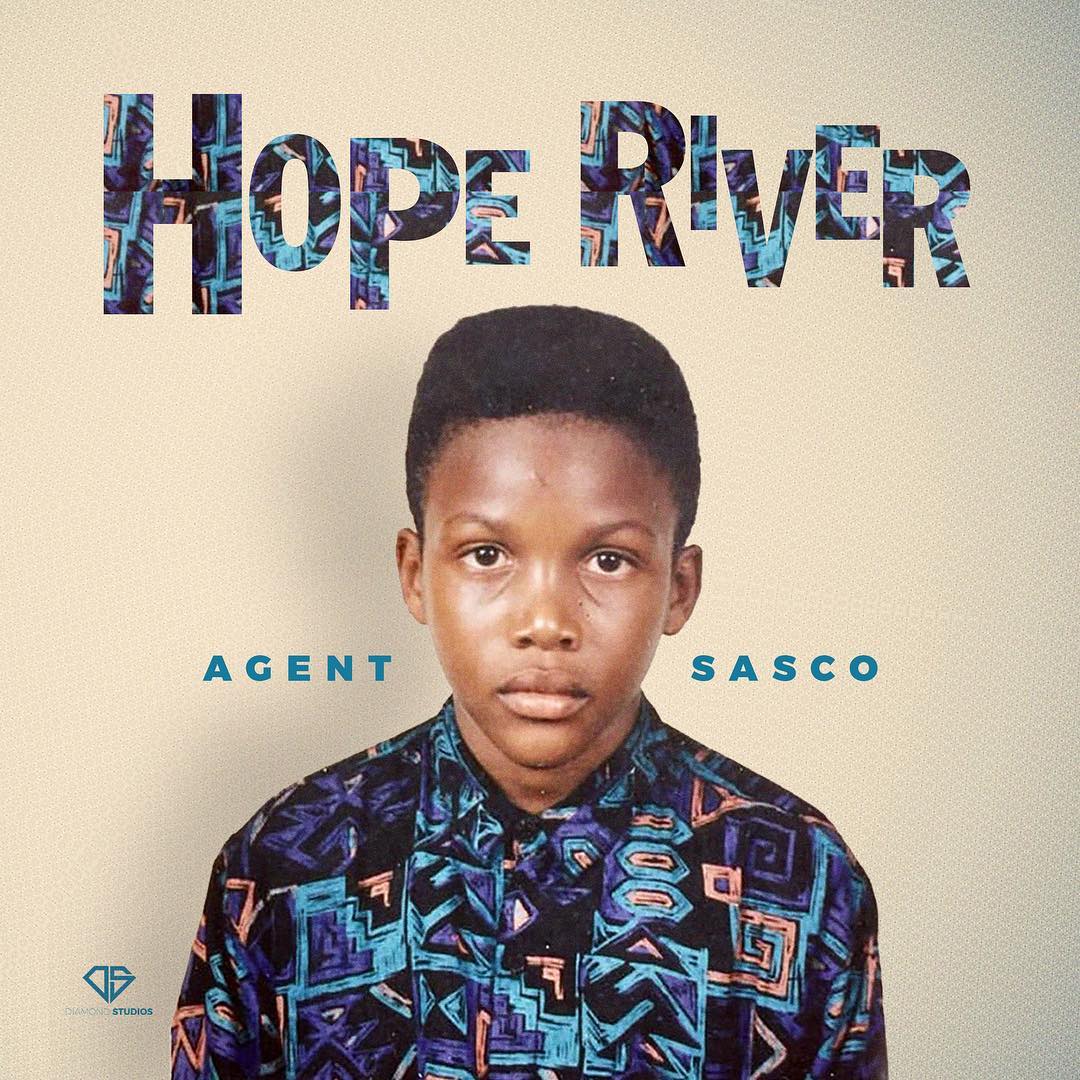 The album which is titled Hope River features fourteen full-length tracks with collaboration from some of dancehall music's top performers.

Agent Sasco - "Banks Of The Hope" Official Music Video Not rated yet
"Banks Of the Hope" from the "Hope River" album, captures the overall theme and feel of the album. The video shows the lyrics of the song hovering …

Assassin - A Million Squats [Hardcore Riddim]  Not rated yet
Dancehall artiste Assassin released brand new single for the ladies. The track which is titled 'A Million Squats' is produced by Real Records UK. …

Agent Sasco releases 'No Gangsta'  Not rated yet
Agent Sasco has dropped his newest single, 'No Gangsta', an ode which encompasses maintaining a powerful influence without exerting unnecessary pressure. …

Assassin "Shell" Official Music Video  Not rated yet
Agent Sasco’s releasing his first video since his big feature on Kanye West’s Yeezus album and it’s going to leave you shell-shocked. The new video …

Did Assassin called Khago a "Freaky Ras"? Not rated yet
The summer is now heating up and so too is the dancehall scene. First Anthony B said Bounty Killer and Elephant Man are Broke. Now Assassin (Agent …

Assassin Drink and Merry Lyrics Not rated yet
Intro: Hear mi now, we a hold a vibe, we drinking, we merry, but drink responsibly. Rumblood, call di waitress. Verse one: So get a bottle …

Assassin run di place  Not rated yet
Dancehall DJ Assassin aka Agent Sasco said his latest song "Run Di Place" is not directed at Vybz Kartel. In the song Assassin said. "How dem a gwaan …