A classic performer who has contributed much to the development of Reggae Music, Richie has a powerful sensuality that appeals to audience all over the world. He has been a household name in Jamaica for nearly two decades and that is an honour not afforded to every Jamaican Artiste.

Many Artistes, who gain notoriety internationally, yearn for success back home. Stephens accomplished this feat from his very first performance, at the age of 11 which left the crowd in awe. Whether appearing with Reggae greats like the late Dennis Brown or with the late R & B Legend Luther Vandross, he has Jamaican Audiences rocking and dancing in the aisles.

In the early 1990’s while Richie Stephens was on tour in Europe with Shabba Ranks, famed producer Jazzy B from Soul 2 Soul saw his performance at Brixton Academy in London, he was so impressed with Stephen’s powerful voice and vibrant stage performance, that he asked him to do a song on Volume 3 of the album titled Just Right. The song, “Joy,” was selected to be the first single released from the album. 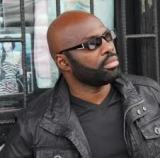 The success of this single paved the way for Richie’s international acclaim. In 1993 he went on the album’s European promotional tour with Vanessa Williams and James Brown. “Joy” climbed to the number three (3) spot on the British Charts and the top five (5) on most of the Charts in Europe. This achievement earned Richie an appearance on the Arsenio Hall show, where he performed the song live and was interviewed by America’s legendary entertainer of late night television show.

Richie Stephens soon caught the attention of music giant Motown Records and was signed to the label in 1994. He did one album for Motown Records, Pot of Gold, which sold tens of thousands of units throughout the American, Japanese, European and Caribbean markets.

Over the past decade, he amassed a hit list which includes “Joy”, “By Your Side”, “Weakness for Sweetness”, “Legacy”’ featuring Cobra, “Fight Back”, featuring Garnet Silk, “Winner”, “Pull Up”, “Maniac” featuring Bounty Killer, “Father I Love You” and “Take Me Away” to name a few. Stephens now owns his own Record Label, Pot of Gold Records and has recorded and released 11 albums.

Richie’s passion for success is not about personal accolades and comfort but the ability to help others. In 1992, this humanitarian at the tender age of 25 years was not impressed with the Russian basic school in the Hudson Street Community of his home town, Savanna-la-mar. A shack with 20 students and no protection from the elements of nature or facilities conducive to learning, he took it upon himself to change the situation.

With his limited resources at the time, he sought help from the Jamaica Social and Investment Fund (JSIF), and masterminded the establishment of a fully furnished school with a capacity to accommodate over 150 Students and 5 Teachers. In 1997, in his bid to assist the young people of the area with Sports Development, he started an annual Football Competition with 8 competing teams. This has grown to 42 teams to include the entire Parish of Westmoreland.

This is now called the “Riche Stephens Football League” and attracts Competitors from as far away as Montego Bay. .. Still not satisfied, he adopted the Savanna-la-mar Infirmary for the aged and homeless persons and has donated ceiling fans, bed linens, washing machines, water heater, water tanks among other needs to aid in the comfort of the occupants and the staff. He recently donated One Million Jamaican Dollars from the proceeds of his “Take Me Away” concert held in May of 2005.

Because of his dedication to education of Children in Jamaica, he has recently donated computers to the Savanna-la-mar Primary School’s Computer Lab to facilitate training in this area. He also helps to support the School’s Sports Department with football boots and training bibs. Other contributions include donations to Community for the Upliftment of the Mentally Ill (CUMI) in Montego Bay, Sir Clifford Campbell Primary School in Westmoreland, the Savanna-la-mar School of Hope, a school for the mentally and physically challenged children, the Bustamante Children’s Hospital in Kingston, the latest being a computer courtesy of One Stop Computer Shop.

The motivation behind Pot of Gold Records is actually Richie’s “Heart of Gold”. Richie Stephens attributes his accomplishments to hard work, professionalism and consistency combined with the love and support from his family, friends and fans. He is totally committed to maintaining and delivering high quality music and performances the world over and to continue his contribution to those in need in the society.

Not many individuals remember to give back to their Community or to even think of the welfare of others as this gentleman with the golden voice has done. It is because of this love of others that the students of the IMBA Class of 2006, the Faculty and Staff of FIU and UCC, that Mr. Richard Stephenson has been chosen and awarded Humanitarian of the Year 2006.

Mr. Richie Stephens, God has truly blessed you from your mother's womb and the loins of your father.  Not rated yet
To Mr. Richie Stephens, There is a sense of spiritual anointing in the songs you sing to the Glory and Praise of Almighty God. The song, titled "Father …

Richie Stephens "The Gospel Medley" buring up airwaves worldwide. Not rated yet
International reggae singer Richie Stephens, who has touched the lives of secular music lovers with songs like "Winner," "Fight Back" (with Garnet Silk), …

Richie Stephens and Gentleman Live Your Life Lyrics and Video Not rated yet
Chorus: Nobody can’t tell you what tomorrow brings So live your life your life today! No one is really sure they gonna see tomorrow Don’t know what’s …