He is most notable for his collaborations with Sean Paul, Elephant Man and Beenie Man. He also attended the Wolmer's Boys' School for Boys and married fellow reggae/dancehall artist Tami Chynn in 2009. 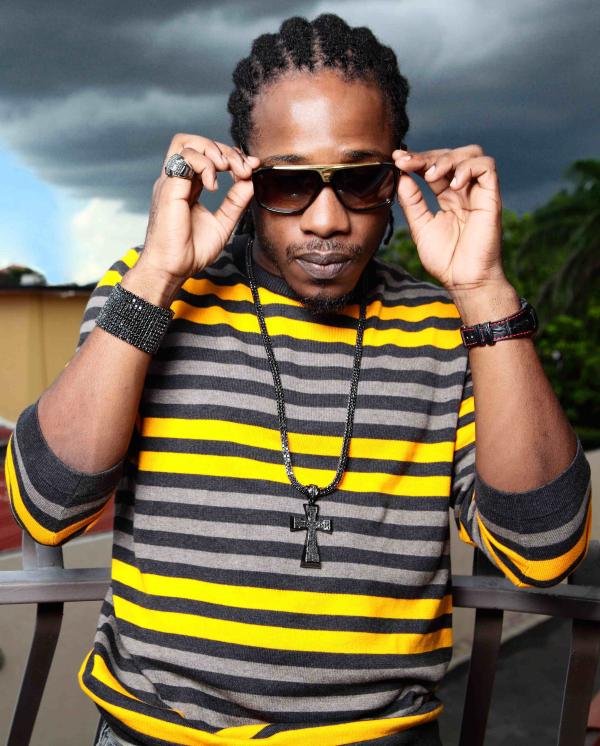 During 2000s he issued dozens of 7" singles, mostly on VP Records.

In 2009, he was featured in the dancehall remix to Jamie Foxx's "Blame It". Marshall's single "Messing With My Heart" featuring Mavado from his third album was released in November 2010.

Marshall collaborated with the British musician Toddla T on the track "Streets So Warm", which was released as the third single from his 2011 album Watch Me Dance.

He is not to be confused with the British R&B singer of the same name. The latter had entries in the UK Singles Chart with such raunchy numbers as "Ooh Aah (G-Spot)", and "Never Knew Love Like This" (Pauline Henry featuring Wayne ), in the mid 1990s.

Marshall spent his formative years in down-town Kingston until his father’s successful business venture resulted in a move to Spanish Town.

The family’s new home was three doors down to the house of King Jammy whose sons befriended young Marshall. Through his association with the producer’s offspring he often visited King Jammy’s Waterhouse studios.

By 1994 the teenager had obtained a pass to Jammy’s sound system where he witnessed dancehall's great Bounty Killer wow the crowds. At the same time up-and-coming artists such as Elephant Man and the Scare Dem Crew were honing their crafts. In 1987 he wrote his first song, ‘Champagne Wishes’, although he failed to sufficiently impress Jammy to record him performing the song.

Marshall could perform as both DJ and singer and he had an audition with Mikey Bennett.

His advice to Marshall was to attend singing lessons. Having successfully nurtured his vocal skill Marshall formed an allegiance with Ward 21.

The crew released the singer’s debut, ‘Story Done Tell’, on their ‘Bada Bada’ rhythm although just as his career was taking off Marshall was involved in an horrific road accident.

He survived the crash but his friend later died in hospital. Marshall came back to record ‘Melody Of War’ with Ward 21 and ‘War’ with Elephant Man.

In 2001, Marshall’s status was firmly established when he toured the USA with his mentor Bounty Killer and recorded the combination hits, ‘Reggae Music Keep Playing’, ‘Smoke Clears’ and ‘Hot Girls’.

Glory to God is a special song from Wayne Marshall produced by Natural High Music. It features guest appearances by Tessanne Chin and Minister Ryan Mark

Reggae artiste Wayne Marshall Father Is Dead - Wycliffe Mitchell, the father of international recording artiste Wanye Marshall, passed away in the University Hospital at the West Indies in St Andrew on Sunday, June 10, 2018.

Wayne Marshall Cuts His Dreadlocks - Popular Reggae music artist Wayne Marshall had Social media in frenzy on June 29, 2018, after he uploaded a photograph of himself sporting a new hairstyle.

The collaboration for the summer which everyone is now talking about is here.. "Go Hard" a track produced by Baby G is now tearing up the airwaves. …

WAYNE MARSHALL AND TAMI CHYNN EXPECTING SECOND CHILD Not rated yet
Dancehall couple, Wayne Marshall and Tami Chynn is expecting another baby. Marshall made the announcement on his official Instagram page posting a …

Wayne Marshall says, Life-changing experience produces 'Tru Colors' Not rated yet
The new album may have taken an entire decade and maybe because of it, Wayne Marshall's Tru Colors shows his growth in music. On Tuesday, Marshall released …

Tami Chynn & Wayne Marshall shows off their Baby Bump Not rated yet
Tami Chin is glowing and so too is her husband Wayne Marshall. The singer, who is pregnant with her first child and second for Wayne Marshall, posted …

Wayne Marshall and Tami Chynn expecting their first child this year 2013 Not rated yet
Dancehall and reggae music Singer Tami Chynn and her husband, dancehall artiste Wayne Marshall, are expecting an addition to their family. In a late …