Dancehall Artists Clean Up Their Act

Dancehall Artists Clean Up Their Act - A decade ago a gay rights group called for the arrest of several singers over lyrics they said incited violence. 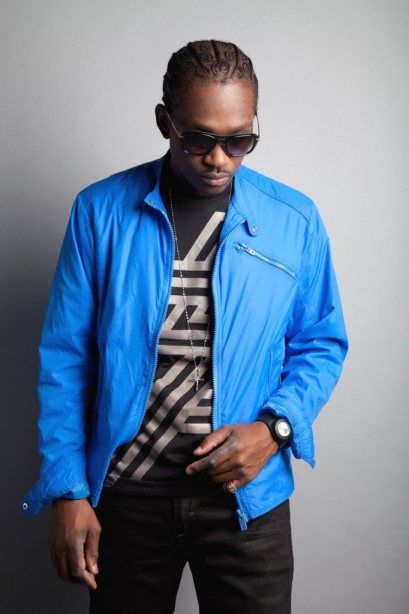 And yet, a decade ago, the genre was mired in controversy.

As a musical term, dancehall has been used since the '80s to describe a distinct style emphasising rhythm over melody, with Sly & Robbie among its most famed producers.

A step-change came with the ditching of in-house bands for pure digital instrumentation, providing a platform for the high-energy ragga vocalists that emerged in the '90s and vied to provide the killer line over popular backing tracks, or riddims.

Much of the lyrical content, about guns and girls, was instantly familiar to hip-hop fans, though it was the occasional homophobic number that proved poisonous when dancehall artists started to achieve wider fame in the early 2000s.

An early warning shot came with Buju Banton's Boom Bye Bye, an especially vile example that seemed to call for the murder of gay men and helped lead to a campaign against homophobic content that gathered strength as a new wave of Jamaican artists began to cross over.

In 2003, gay rights group OutRage! called for the arrest of several dancehall singers because of lyrics they saw as inciting violence, including Elephant Man, who was gaining a UK foothold.

Tracks were pulled off iTunes, gigs cancelled and the Mobo awards withdrew nominations from targeted performers, among them the fierce Vybz Kartel.

At first, Jamaican artists defended their right to free speech, claiming the campaign was racist, but most have chosen to clean up their acts.

In 2007, Sizzla and Beenie Man were reported to have signed the Reggae Compassionate Act, an agreement condemning anti-gay violence. By then, though, dancehall's global push had run out of steam, though whether that is all down to OutRage! is hard to discern.

Certainly now the dancehall sound is sounding fresh to a new generation of pop and dance acts. Diplo, the American DJ and producer who has worked with everyone from MIA to Usher, embarked on his first dancehall-influenced project in 2009, the debut Major Lazer album Guns Don't Kill People Lazers Do.

It is best known for the bonkers, carnival-esque track Pon de Floor, sampled on Beyonce's 2011 mega-hit Run the World (Girls).

For its follow-up, Free the Universe, which came out in New Zealand recently, Diplo has called in a wider range of contacts. As well as Wyclef Jean and R'n'B crooner Bruno Mars, there are performances by female indie protagonists: the producer has called in left-field rapper and feminist artist Peaches plus Dirty Projectors' singer/guitarist Amber Coffman, two artists who would have little truck with anti-gay rhetoric.

Free the Universe again features the cream of the Caribbean island's music scene. Vybz appears once more, alongside a typically exuberant cameo from Elephant Man, plus a range of less familiar names that demonstrates how dancehall remains a vital force. The most established figure among them is the smooth-voiced Busy Signal.

Last year, Busy featured on the Diplo-produced title track from No Doubt's comeback album, Push and Shove, suggesting he might be ripe for overseas success himself.

Signed to influential VP Records, Busy has shown he can draw on reggae's rich heritage as on last year's Reggae Music Again set. There is a closer meeting of the generations on Diplo's other, higher-profile assignment, as executive producer for Snoop Dogg's move into Jamaican music, Reincarnated, that sees the West Coast hip-hop veteran reinvent himself as a reggae artist, Snoop Lion.

Diplo crops up on Vice's documentary film of the same title.

Snoop's pull attracted reggae legend and former Bob Marley collaborator Bunny Wailer to guest on the album alongside much younger names, among them former Vybz acolytes Popcaan and Mavado.

Interest in Snoop's Reincarnated project is keen, ahead of the album's release later this month.

It remains to be seen, though, if homegrown artists can gain international leverage.