Born (born Desmond John Ballentine) on January 20, 1966 in the Parish of St. Mary, Jamaica. At the Age of 11 he moved to Kingston. 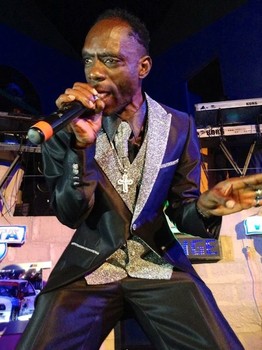 At age 12 he started Deejaying on Black Culture sound system under the name of Ugly-Man/Double ugly. In 1980 he move to one of Jamaica's top sound system Kilamanjaro. Once there he link-up with veteran artistes Supercat and Early B.

This led to a name change to the now famous Ninjaman.

* 1987 He recorded and released "Protection" a collaboration with singer Courtney Melody.

* 1989 Hit Singles released:Murder Dem, Permit to Bury, Above The Law, Kill dem and Done, Mandela, Gunman among many others.

He is always criticize for his violent and pro-gun lyrics in his songs.

Controversy
In 1997 he decided to change his life style of Crime Stories and Drugs runnings. Now a christian he also change his name to brother Desmond. But later return to his original dancehall roots.

* 1999- He spent 1yr in prison for unlawfully possessing a Fiream and Ammunition.

* 2001- Ninja received several machete wounds to his head during an altercation.

The don gorgon is well known for his gun lyrics and his many onstage clashes with Shabba Ranks.

When asked about his most memorable performance he said "This was at Reggae Sun-splash 1992 on International Night.

Ninja Man has gotten the green light to travel to other Caribbean islands. The veteran dancehall deejay, who got his passport Tuesday, flew to Trinidad …

Onstage Interview: Ninja Man And Specialist, Should Ninja Man Retired?, New Music Video and More. Do you think its time for Ninja Man and other …

Ninja Man Threatens Gully Bop and Amari  Not rated yet
Ninja Man is sending a clear threat to Gully Bop and is girlfriend Amari to stop with their social media antics or face some serious consequences. The …

Ninja Man murder trial set for November 2014 after attempt to throw out case rejected Not rated yet
After Dancehall superstar, Vybz Kartel was convicted of murder and subsequently sentenced to life in prison, another legend of the genre will have to wait …

Ninja Man delivers Usain Bolt's Tracks and Records Not rated yet
THERE is no doubting Ninjaman’s standing as one of the most entertaining and controversial figures in dancehall/reggae. On Tuesday at Usain Bolt’s Tracks …

Veteran Dancehall artiste Ninjaman gave Tommy Lee a Musical Lesson Not rated yet
Last week Ninjaman surprised everyone when he rolled up on Issiah Leing at the Supreme Promotions office in Kingston with DSR boss Josef Bogdanovich. …

Veteran dancehall artiste Ninja Man granted bail  Not rated yet
After three years in jail, Desmond Ballentine, also known as Ninja Man has been granted bail, when he appeared in the Home Circuit Court today March 23, …