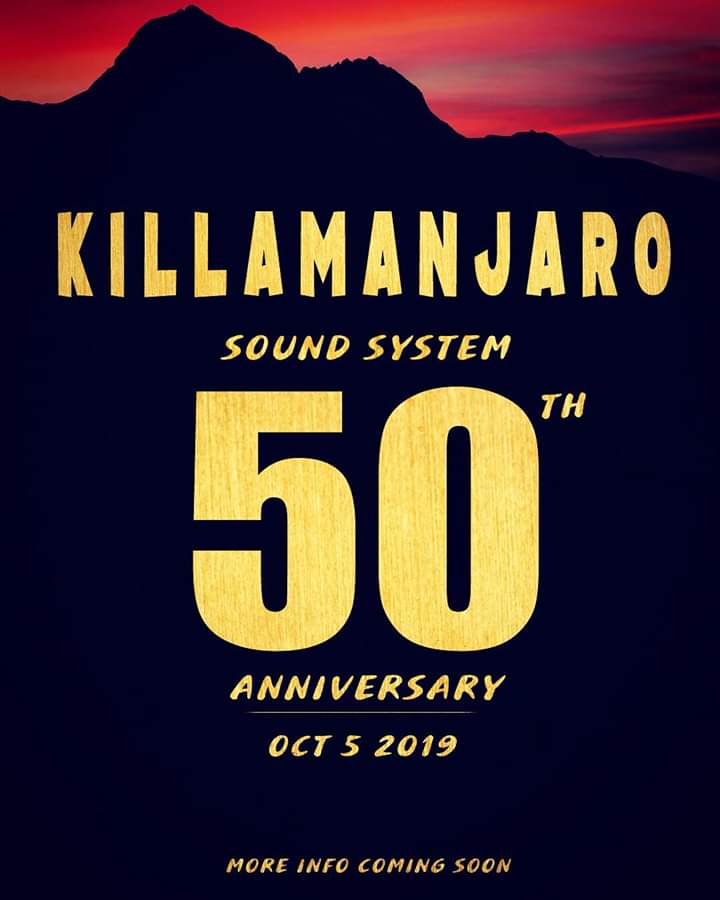 Fans of this veteran sound system are all invited to its 50th-anniversary party which will be held on October 5th, 2019.

Founded in the summer of 1969, Killamanjaro is a Jamaican sound system best known for their clashes and a large number of classic reggae dubplates.

It is owned by Noel "Papa Jaro" Harper and named after Mount Kilimanjaro. The name was changed to "Killamanjaro" after having established a reputation of being a good clash sound.

"Jaro" is notable for being a top sound in both the live-artist era of the 1980s, where it launched the careers of top dancehall artists at the time, such as Early B, Super Cat, Jim Kelly, Burro Banton, Puddy Roots, and Ninjaman, and the 1990s dubplate era, where the sound went on a soundclash killing spree behind selector/mic man Ricky Trooper.

Killamanjaro has played globally, including winning the World Clash twice and touring the United States, Europe and Japan.

They were also involved with what many consider the "greatest clash of all-time", King Addies (USA) vs. Killamanjaro (Jamaica).