He started out in the music business working on a sound system by the name of Soul Imperial. 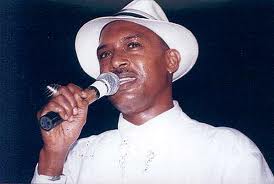 His first DJ name was Cat-a-Rock, this was later change to his present name, this was because his first Dj name was too close to the word Cataract.

Cat is also known as the Wild Apache and the Don Dada, he recorded his first single "Mr Walker" in 1981, this was on Winston Riley, Techniques Record Label.

His music career was interrupted due to a short stint in prison. After his released he went back to work and record with Techniques Records. This led to the released of his frist album "Si Boops Deh!" in 1985.

He has since released over nine(9) albums, the latest being "Reggaematic Diamond All-Star" released in 2004 on his own label Wild Apache which he formed in 1988.

Cat performs three genres of music, these are Dancehall, Reggae and Reggae fusion.

He is now call the Bad Boy Of Dancehall, he is also a major figure in the positive consciousness dancehall movement.

Super Cat had a number of hit singles in the early 1990s, including "Don Dada", "Ghetto Red Hot" and "Dem No Worry We" with Heavy D. In 1992, he was featured on the remix of "Jump" with Kris Kross, and he also collaborated with them in 1993 for their song "It's Alright". These hits made him The Source magazine dance hall artist of the year in 1993. He was also an early collaborator with The Notorious B.I.G., featuring the then unknown artist (along with Mary J. Blige, 3rd Eye and Puff Daddy) on the B-side remix of "Dolly My Baby" in 1993.

The title song, "Don Dada" was a reply to many jabs made by Ninjaman.

His version of Fats Domino's "My Girl Josephine", performed with Jack Radics, was included in the soundtrack to the film Prêt-à-Porter in 1994. In 1997 he was featured on the number one hit "Fly" by Sugar Ray from their platinum album Floored.

He collaborated with India.Arie on her hit song "Video" in 2001, and with Jadakiss and The Neptunes on "The Don of Dons" in 2003. Also in 2003, he collaborated with 112 for their song "Na Na Na Na". Following the death of his longtime road manager Fred 'The Thunder' Donner in 2004, Super Cat released a multi-cd tribute album entitled Reggaematic Diamond All-Stars that featured contributions from Yami Bolo, Michael Prophet, Linval Thompson, Nadine Sutherland and Sizzla among others.

Super Cat reappeared on the national reggae scene in 2009 for a show at Madison Square Garden with Buju Banton and Barrington Levy. He also headlined the 'Best of the Best' concert in Miami in 2008, with Assassin, Etana, Barrington Levy, Buju Banton, Junior Reid, Tony Matterhorn, Sizzla and Beenie Man.

Super Cat Promises Memorable Performance for Sting 30 Not rated yet
William Maragh a.k.a. Super Cat, caught up with Barry G live on air in Jamaica. Barry G got Cat live on the phone in New York as he was hanging out with …