Is Dancehall getting boring without Vybz Kartel?

Is Dancehall getting boring without Vybz Kartel? - Since the start of 2018, we have seen a significant decrease in the number of new music coming from the Vybz Kartel's camp. 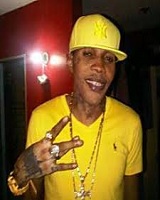 This could be because he is gearing up for his appeal which is set to start in July of 2018. It was widely speculated that he was recording in prison and this was what has led officials to transferred the infamous self-proclaim Worl Boss to a new facility.

So you think that Dancehall is really getting boring without new music coming from the Gaza Boss?

Is it that most dancehall music lovers have trained their ears to only listen to Kartel's music?

The fact is Vybz Kartel actually motivates a lot of artists, some copy his lyrical flow while others are motivated by the kind of music which he released.

Some dancehall insider might say this question is not relevant as there are other artists who are presently in 2018 carry the dancehall banner high. Govana, Masicka, Shane O, Jahmiel, Popcaan, Konshens, and Vershon are just a few names at the top of the list.

According to Marco Caloiano " I don't not only miss Vybz Kartel and his music, but also the impact he has on other artists. If he releases much music they start releasing more music but when he's silent most of them are silent too. Big up Masicka, Popcaan, Konshens and Vershon because they are the most active this year".