Barrington Levy can be considered as one of Jamaica's reggae music number one (1) singer from the 1980s.

With a solid voice and unique song style, Levy is one of the most requested and respected vocalist in the reggae music industry today (2010). 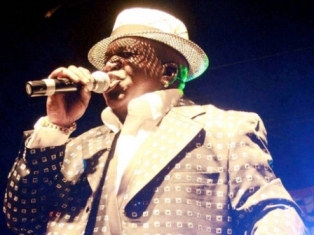 Barrington was born on April 30, 1964 in West Kingston, but spent most of his time in Clarendon, Jamaica.

As a youth he was influenced by the late Princes of reggae Dennis Brown, Michael Jackson the King of Pop and other R&B artists. From as early as age fourteen (14) he started to perform at dance hall sessions.

At that time he had formed a band with his cousin Everton Dacres, named "Mighty Multitude".

In 1978, he started his solo career. 1979 saw the starting of his rise to fame and stardom. He met with producer Henry "Juno" Lawes and Hyman Wright. Lawes saw him performing at a dancehall session and the connections were made.

The connection produce some of his major hits, such as "Al Yah We Deh', "Looking My Love", "Skylarking", "Wedding Ring Aside", "Shine Eye Girl' and the world renown "Collie Weed".

He performed on Reggae Sunsplash 1987 to 1995, the biggest reggae festival in Jamaica before it was replace by reggae sumfest. Barrinton Levy is not only a reggae singer, but a great entertainer. In 1996, he collaborated with Bounty Killer on one of Dancehall musics' biggest single for that year 'Living Dangerously".

This Veteran singers has shared stage with most of the stalwarts in the reggae and dancehall industry. Artist such as, the late Alton Ellis, Ken Boothe, the late Dennis Brown, Freddie McGregor, Gregory Issacs, Buju Banton and Snoop Dogg just to name a few.

Levy continues to record and tour extensively throughout North and South America, Asia and Europe.

He's currently working on his soon to be released album, and still remains "Broader Than Broadway".

Reggae Super Star Barrington Levy Rocks Brazil Not rated yet
Reggae Ambassador Barrington Levy sold out Sao Paulo even before reaching Brazil. Daddy Biggs quotes that is was the fastest sold tickets in history, and …

Barrington Levy Rosie Official Music Video Not rated yet
Barrington Levy bring us back to some old school dancehall with his new music video “Rosie,” produced by Black Roses Entertainment. The Allison …

Barrington Levy blasts increased level of hardcore content in Dancehall Not rated yet
Throughout 2014, music lovers have seen a sharp increase in hardcore sexual content and imagery within Dancehall, with the likes of Alkaline, Demarco, …

Barrington Levy new album titled It's About Time Not rated yet
Reggae super star Barrington Levy have invited top US rappers to be on his soon to be release album. Levy who's last album was released in 1992, is …