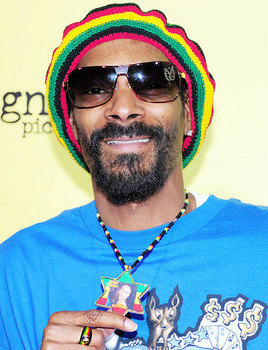 The documentary, Noisey Jamaica was executive produced by Snoop Lion, in collaboration with his label, VICE Music, creators of the Noisey music channel.

The 10-part series takes an in-depth look into the culture and concepts embedded within the popular genre and will go behind the scenes with many of Jamaican music’s top names. Each episode will air weekly on Noisey’s YouTube channel.

A trailer for Noisey Jamaica was premiered on Jan. 15, including scenes from various inner cities across the country. In their promo, Noisey Jamaica claims it will explore ‘one of the most misunderstood music scenes of all time.’

The debut episode, set for release on January 22, features incarcerated Dancehall superstar, Vybz Kartel and his impact on Dancehall and Jamaican popular culture while behind bars.

Future installments of Noisey Jamaica include features with Kartel’s highly touted protégés, Popcaan and Tommy Lee Sparta as well as a shopping spree with award-winning Dancehall diva, Tifa and a day around the town with 2012 Deejay of the Year contender, Konshens.

Other high profile acts such as Beenie Man, I-Octane, Spice and Gaza Slim will also appear on the web series.

Snoop Lion has been travelling to and from Jamaica in the last year as he has undergone a transformation from gangster rapper to Reggae crooner. He continues to promote his highly acclaimed documentary, Reincarnated, which premiered last summer at the Toronto International Film Festival (TIFF) and will hit theatres in the near future. The documentary, produced by VICE, looks into Snoop’s journey to Jamaica last year and explores his transition from rap to Reggae.

Two weekends ago, Snoop returned to the island to shoot the visuals for Lighters Up, a track featuring the aforementioned Popcaan and fellow Dancehall megastar, Mavado.

You can visit the official VICE website to learn more about Noisey Jamaica: http://noisey.vice.com/noisey-jamaica/trailer

(Billboard) – When Snoop Dogg transformed himself into Snoop Lion last summer, many were surprised by the new sound from the rapper who’d once released …

Snoop Lion blasts Bunny Wailer  Not rated yet
Though toting a more conscious, positive vibe as Snoop Lion, the artist formerly known as Snoop Dogg is barking back at one of his harshest critics in …

Gaza Slim - Noisey Jamaica Episode Ten  Not rated yet
In the final installment of our Jamaican Dancehall show we meet Gaza Slim and visit Vybz Kartel's home turf. Details concerning the incarceration of …

Popcaan Part 2 - Noisey Jamaica Episode Nine  Not rated yet
In episode nine host Codine Williams sits down for a tense interview with Popcaan and then lightens the mood by learning how to smoke to weed. …

Konshens - Noisey Jamaica Episode Seven  Not rated yet
In episode seven of Noisey's Jamiaca series, host Codine Williams meets dancehall "pretty boy" Konshens and gets to know the artist behind the face. …

I-Octane - Noisey Jamaica Episode Six  Not rated yet
In episode six we meet I-Octane, one of Jamaica's most prominent "conscious" artists, melding dancehall sounds with Rastafari values and themes involving …

Dancehall Fashion - Noisey Jamaica Episode Five  Not rated yet
In episode five host Codine Williams goes shopping to up her game and fit in with the girls of the dancehall. 1. Vybz Kartel - Noisey Jamaica …

Popcaan - Noisey Jamaica Episode Two  Not rated yet
In our second installment we meet Vybz protégé Popcaan and get a glimpse into Jamaican club culture and fashion. Executive Producer: Snoop Lion Producer: …

Vybz Kartel - Noisey Jamaica Episode One  Not rated yet
Host Codine Williams goes to Gaza, Jamaica to meet Vybz Kartel's crew and get a people's perspective on the controversial dancehall icon. Executive …

Snoop Lion documentary, ‘Reincarnated’ hits Theatres in March of 2013 Not rated yet
Reincarnated, the much anticipated documentary by Snoop Lion will finally make its way to theatres March 15th. New York based magazine/multimedia outlet …

Snop Lion is to Fly to Jamaica in February to settle differences with the Rasta Council Not rated yet
Days after legendary Reggae singer, Bunny Wailer and members of the Rastafari Millennium Council went after Snoop Lion for his alleged profiting off Rastafarian …

Bunny Wailer claim Snoop Lion is using his Lion Moniker to profit off Rastafarian Culture. Not rated yet
Legendary Reggae singer Bunny Wailer and The Rastafarian Community are not too happy with Snoop Dogg and his new Moniker Snoop Lion. Snoop Lion’s recent …