Wayne is a songwriter/singer, whose genre of music is reggae, dancehall, r&b and hip hop. 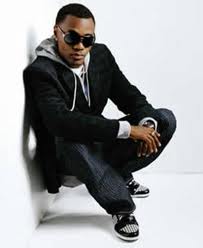 His singing inspiration came from his regular visit to sunday school as a boy. He sang at school, at church, at home and for his friends, continuously getting encouragement to persue a singing career.

He began writing songs at the age of 13 and was given his shot at fame in a weekly slot at Metro Media dance in Allman Town.

Wayne's first producer was the legendary King tubby, with whom he recorded three songs which got good reception. He suffered asetback when King Tubby was killed.

He recorded songs with other producers such as Sonic Sound and Lloyd Dennis after which he released his first album, "No More Chance".

In 1989, he began working with Dave Kelly, his childhood friend and engineer at Penthouse Records. They both made some successful tunes including "I'm Only Human", "Baby You and I" and "Saddest Day". Foxy Brown and Wayne re-recorded the "Saddest Day" in 2001 on her Def Jam Records Broken Silence CD.

"I Don't Know Why", the version of Delroy Wilson's song and the combination with Buju Banton proved successful even until today, is one of the song that boosted his career. Penthouse stage some of his great hits, some were versions of other artists songs.

Buju Banton was introduced to Penthouse by Wayne and the Controversial song "Bom Bye Bye" was even written by him.

Dave and wayne continued to worked together until Dave founded his own Label "Madhouse and Xtra Large" on which they recorded many hits, "Bashment Gal", "Joyride" and "Keep them Coming".

The song "No Letting Go" gave him his first #1 hit in 2002 and #11 on the Billboard Hot 100 Pop Chart. This song is featured on his "No Holding Back" Album which was nominated for the Grammy's Best Reggae Album, a MOBO Award in the UK, 3 BMI Urban Awards and live performance on NBC "Saturday Night Live". The single "Bounce Along" was #12 on the UK Pop Charts.

In 2004, his version of "Hold Me Now" appeared in the movie "50 First Dates", starring Adam Sandler and Drew Barrymore, originally sung by the Thompson Twins.

He has made tremendous impressions writing songs and working with artists, such as Jason Dalyrimple of Soul for Real, Foxy Brown, Lisa "Left Eye" Lopes, traveling the world showcasing his talent.

He started his own record label "Singso" in 2002, that saw singles from several artist like Mr. Easy, Baby Cham, Frankie Sly and Alley Cat.

Reggae singer Wayne Wonder has released the video for his latest single "Caught Up" from his upcoming album titled "My Way" which is schedule to be release on September 11, 2012.

Watch "Caught Up" video below..

Wayne Wonder - "If I Ever" (OFFICIAL MUSIC VIDEO)