Tifa Retiring From The Dancehall?

Tifa Retiring From The Dancehall? - Last month (October 2017) news came when dancehall artiste T.I.F.A did a radio interview in the United State where she said she revealed that next year could be her last year in the music business.

Well that could be a strong possibility that she will retire the end of 2018…that’s because recently, TIFA took to Instagram and shared her reason.

She posted a picture of self and with a lengthy caption she kicking it off expressing that 2017 has taught her a lot and notes that “LOYALTY is almost NON-Existent” noting that, the people she had around her was only there for the “hype, fame and money”

Tifa also expressed that she has been fright for 10 years…noting that attempts were made to belittle her and her music. She also claims that attempts have been made at on her life. 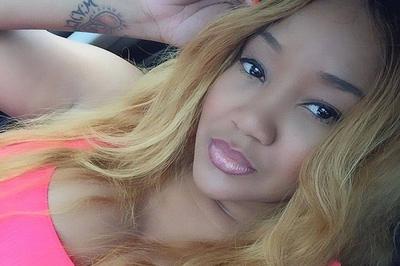 She also noted that players in the industry tried to not have her booked or voiced….in her own words “Purposely holding me down & holding me back so they can feel better about themselves and their affiliates!”

With all this TIFA says “My heart is heavy & full. I said I’m giving this music thing one more year! Just for my fans! Just for the people who believe in me! Just so you can get an album.”

Many comment aiming at motivating her to not give up and continue to do music but, TIFA has seemingly made up her mind….the ZEE wants the Spell it out Queen to know that we are forever with her no matter what.