The Origin of Reggae Music in Depth Research

The Origin of Reggae Music in Depth Research - With Jamaica celebrating 50 years of Independence, there has been, quite understandably, a look at what has happened in the country's history. 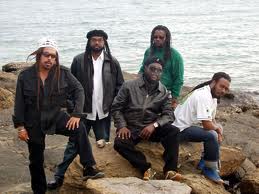 That is no less true of the country's music. This year, The Gleaner has published, on a number of occasions, different aspects of that history.

In one 'Story of the Song', a weekly feature produced by Mel Cooke, Toots Hibbert spoke of first coming up with the term 'reggae'.

More recently, Edward Seaga spoke about The Heptones being responsible for the first real reggae track. The views are uncountable, but as Jamaica looks at 50 more years of Independence, we continue to look with much curiosity at our past.

THERE HAVE been various moments in history when reggae music has ruled the world. In fact, you'd probably be hard-pressed to find a part of the globe that hasn't heard of or listened to the music of Bob Marley, Shaggy or UB40.

What is perhaps lesser known is the story behind the genre's humble beginnings. But a new book is set to shed some light.

Reggae Going International 1967-1976 is the new biography of veteran reggae producer Bunny 'Striker' Lee: the Jamaican legend who still holds the noteworthy title of having the longest consecutive number one on the Jamaican charts (23 weeks) with the 1972 John Holt hit Stick By Me.

Having been in the music business for more than half a century, Lee has heard all the stories about how reggae started. But according to the Cherry Oh Baby hitmaker, many of the tales are lies.

"Everybody has given a different story of how reggae started, and they are not true," explained the 71-year-old.

"I thought it was time that people got something authentic, so they can know the real story of how reggae and Jamaican music evolved."

Getting even more specific about some of the tales he's heard, Lee went on to rubbish a widely documented story which claims that reggae singer Frederick 'Toots' Hibbert was the inventor of the term 'reggae'.

"The first reggae tune was It's Reggae Time by Don Lee. But I've heard Toots talk about the beginning of reggae when he wasn't around at that time! (At that time), he was in prison getting his number 5446 (the number that went on to inspire Toots' 1968 track 54-46 Was My Number). Most of these guys are telling fibs about reggae and who was around in the early days."

Jamaican music enthusiasts will know that there has been much speculation surrounding the origin of the word reggae, but according to Lee, it was he who coined the term.

"I was there from the beginning; we gave the music the name reggae in 1968. It came from the word 'streggae': another way to describe a prostitute. But it didn't take off because the radios wouldn't play it, so we changed it to reggae."

By the age of 27, Lee, who had started his career as a record plugger, worked his way up the industry ladder to eventually open his own record label. But it was not until the late '60s that reggae and Lee became international.

"In 1968, we took the music abroad. It was already in Jamaica, but I was taking the music further. People used to say we couldn't make it in England, but we went to the studio and we made it."

As a man who has had his fair share of fame and limelight, Lee admits that there are many people who helped to make Jamaican music dominant and says they also deserve to be remembered.

"I've been in the business for around 50-odd years. It's been a good evolution, because we didn't know reggae would last so long. There are plenty of unsung heroes in the reggae industry. They are cornerstones of the business, but they didn't step forward to be counted.

"Most of the people who helped create the music that Jamaica is known for have died, but their music lives on. We have a saying in Jamaica: 'All things shall perish from under the sky, music alone shall live.' And the music keeps getting bigger and better."

And that is exactly what the veteran hitmaker thinks about the new generation of musicians that have taken control of Jamaican music in the last decade. Far from being against the latest wave of dancehall performers, Lee is hoping they will herald a new dominance of Jamaican music.

"The new generation is carrying the baton," he says. "Things change and the music of Vybz Kartel, Mavado and others is now doing well. Artistes like that take it to another level, so our music lives on."

Go to the Origin of Reggae Music page from here