Sadiki aka Henry Buckley, Jr. - Reggae Singer/Songwriter/Producer - Today's ideal artist is somewhat of a Renaissance person - one who can sing, write, produce and engineer and everything in between.

Sadiki fits the bill. Sadiki masterfully combines influences from Nat King Cole to Beenie Man, proving why he was nominated as the “Most Promising Entertainer” in 2007 and now in 2011 by the International Reggae and World Music Awards (IRAWMA).

He was born Henry Buckley Jr., in Rollington Town, Kingston, Jamaica. With a father, Henry Buckley, who was a singer/songwriter (Judy Mowatt – Silent River). and the Music Director/Conductor for the Jamaica Constabulary Force Band, Sadiki was given no choice as to the career path that would later choose him. 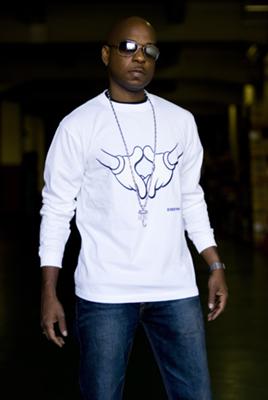 He migrated to the United States in the late 80’s and settled on Chicago's northside. As part of Chicago's sizeable Jamaican community he was exposed to the newest Reggae sounds coming out of Jamaica as well as the cutting edge of Hip-Hop and R&B. Through these influences Sadiki has developed a vocal range and lyrical skills that brings together the best of both worlds. In the late 90’s he landed a deal with the D'Arcy Wretzy (Smashing Pumpkins) and Adam Schlesinger (Fountains of Wayne / Ivy) owned label Scratchie Records, (distributed by Mercury Records).

In 1997 his self-titled debut was released on Scratchie/Mercury under the name Pancho Kryztal, to good reviews but disappointing sales as Mercury Records went through a change in its’ corporate structure.

Sadiki returned to Jamaica in 1998 and recorded “Rescue Me” on the Bookshelf riddim for dancehall producer Tony 'CD' Kelly. In 1999, at the suggestion of reggae producer 'Computer' Paul Henton (Shaggy, Jimmy Cliff), he changed his name From Pancho Kryztal to Sadiki - An Egyptian name meaning “faithful or loyal” (misspelled Sadeki on some earlier releases).

In 2001 he scored a big hit with “Gal Dem Everytime” on the Buyout riddim for producer Tony 'CD' Kelly. Sadiki then met Reggae singer/songwriter Beres Hammond. He was asked to add his vocals to a track at Hammond's Silekshan Studio. Within months of working alongside Hammond, Sadiki was selected as an opening act for the elder musicians’ Music is Life World Tour 2002.

On tour with Hammond for almost two years, Sadiki performed throughout the USA, Japan and the Caribbean. Between 2002 and 2006, Sadiki released six singles with the self-produced “Pretty Girl” entering the NY Top 30 Reggae Chart, peaking at #16.

His debut album “Morning’s Come” was released in Japan in November of 2007 (Skinny Bwoy/P-Vine Records). Within weeks of its’ release, the album hit the #1 spot for reggae releases at HMV record stores throughout Japan, and charted within the top 5 at Tower Records.

The US Version of “Morning’s Come”, featuring new and unreleased tracks was independently released worldwide in the Fall of 2008.

Through his travels throughout the US, Japan and the Caribbean, Sadiki has shared the stage with Buju Banton, Gyptian, Shaggy, Wayne Wonder, Maxi Priest, Marcia Griffiths, KCi & Jo Jo, Beenie Man, Gerald Levert, Kelly Price among others.