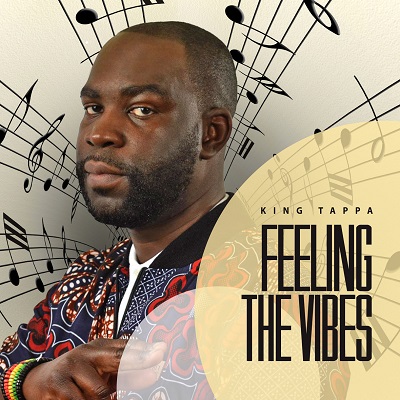 “...it is basically my hearts work on this album. I think you should expect a great vibe from the album, some feel good, relatable music,” says Tappa

The album offers a variety of reggae & dancehall with a twist of modern R&B and Afrobeats with songs such as its title track “Feeling The Vibes”, “Photoshop”, “Beat It Up” and “Selfie” receiving attention locally, as well as from radio stations across the Caribbean and Africa.

Over the years King Tappa has garnered success, with rising popularity in Africa, where he has been invited to perform a couple of times.

As recent, King Tappa is putting together a tour and has dates planned in Canada and New York. Currently working on his third album, King Tappa intends to create more music that resonates with music listeners globally. 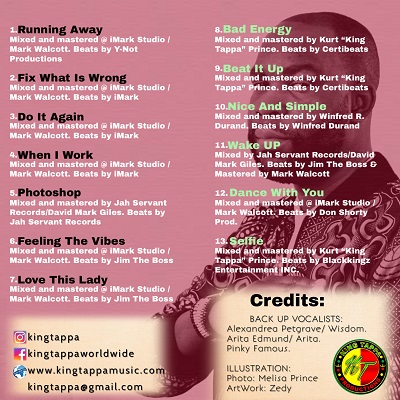 New Jersey-based Reggae singer-songwriter, King Tappa, began his music career as DJ where he was apart of the established Power Sound. At the time, his stage name was DJ Tappa where he had the opportunity to perform at many venues within the tri-state area and international locations such as St. Croix, Linstead, Jamaica, Bermuda, and Dominica.

Going now by the name King Tappa, he released his debut album “When I Work” in 2007. The album garnered success in Dominica and Tappa was able to give an unforgettable performance back in his homeland performing with the likes of Tanya Stevens and Gyptian.

His dedication and drive have proven itself over and over again, giving the upcoming talent opportunities to perform alongside artists like Da’Ville, Elephant Man, Buju Banton, Beenie Man, and hip hop artists Rick Ross and Fabolous.

Releasing his second album July 11th, 2019, “Feeling the Vibes”, this album comes over a decade after his first release. “Feeling The Vibes” showcases the artist's growth significantly over the years. Since 2007 Tappa has been performing both locally and internationally in places like Canada, the Caribbean, and Nairobi, Kenya, Africa, which by far is the highlight of his career.

King Tappa is one to look out for, as a triple threat, Tappa can sing, DJ and writes all of his music. In addition to his musical contributions, King Tappa is also the president of Project Book Bag, an initiative designed to assist students in Dominica by making meaningful contributions of school supplies on a yearly basis.