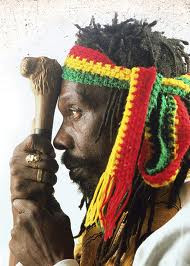 Joseph was raised in a Christian home and started singing at the tender age of six.

He was the founder and lead singer for the Reggae band "Culture" for almost three decades. The band is most noted for its monster hit single "Two Sevens Clash" recorded in 1976. They are also known for their single "International Herb".

Another favourite from Reggae Music singer Joseph Culture Hill was a track titled Zion Gate which was released on the Stronger Than Ever album.

But before singing he started as a percussionist, working with world renown Studio One house band known as the Soul Defenders. He was also worked as a deejay on sound systems and performed backing vocals on several tracks for other artists. This help to propelled his career leading to his first singles "Behold the Land" and "Take Me Girl".

Listen to Zion Gate below...

In the early 70s, before he formed his band "Culture" in 1976, he performed with two groups that included Reggae star Glen Washington these were C35 Incorporated and Stepping Stone.

What is your favourite song from Reggae Music singer Joseph Culture Hill?

While on tour in Germany with his band in 2006, Reggae singer Joseph Culture Hill died on August 19, in Berlin shortly after exiting the stage.

He was 57.
At his funeral in September 2006, Hill was eulogized by, amongst others, Jamaican Prime Minister Portia Simpson Miller who recognized his contributions to Jamaican culture.