Jah Vinci who's real name is Kirk Rhoden burst unto the dancehall reggae scene in 2008 with a collaboration with his then mentor Vybz Kartel called "Weh Dem A Guh" on producer Stephen Mcgregor's Day Rave Riddim.

Since then most lovers of dancehall and reggae music has falling in love with his music.

He was a member of the Vybz Kartel's led Portmore Empire.

In 2011 he decided to part company with the Portmore empire saying that being a cultural artist his music no longer fits with the direction of the Portmore Empire.

In a media release he said "I'm thankful to Vybz Kartel for the role he has played in the development of my career, Kartel a mi don, a him set it fi mi. Big up yuhself, but yuh haffi be a man at the end of the day." 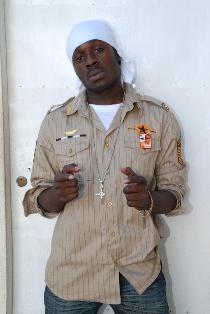 In recent times a number of artists has left the Portmore empire artiste such as Lisa Hype, Gaza Kim and Blak Ryno after it was said that they were beaten. The three have since then changed their names to Lisa Hyper, Kym and Ryno, respectively.

He's is well known for tracks such as:

Vinci is now being manage by Milla Nine and Cory Todd, this is the same Cory Todd who was Vybz Kartel's business partner in the promotion of Street Vybz Rum and Daggerin Condoms.

Jah Vinci - No Body Knows (Where Do Angels Go) Lyrics

Jah Vinci Now Taking USA Bookings. Not rated yet
Former member of the Vybz Kartel led Portmore Empire Jah Vinci, is now taking Bookings for the U.S.A. The photo listed above was posted on his official …

Jah Vinci – Funeral Lyrics Not rated yet
Verse 1: Dem violate a dem funeral Shot a buss and blood a run like mineral Head a go roll like Messi kick a ball When mi and mister Sig a spar …

Jah Vinci – Wipe Those Tears Lyrics Not rated yet
Intro: Jorrdaan A Jah Vinci aye Out clear Chimney Records For every youths out there Jah Vinci say aye Wipe yuh tears away Verse 1: …

Jah Vinci Turns to Music to Overcome Birthday Tragedy Not rated yet
PRISM MARKETING CONSULTANTS | FEBRUARY 11, 2014 || For many birthdays are considered a time for celebration and merriment, ironically for Dancehall recording …

Jah Vinci- Ghetto Born Album -Track Releases Not rated yet
he debut album "Ghetto Born" of dancehall/reggae superstar Jah Vinci is out now in stores and available on itunes and all major distribution. https://itunes.apple.co …

Jah Vinci Pulls Huge Crowd at Ghana’s Independence Celebrations Not rated yet
Intent on leaving an indelible mark in 2014, Triple Dose recording artiste Jah Vinci was nothing short of brilliant at a recent concert on the African …

Blak Ryno and Jah vinci reunited Not rated yet
Two former members of the Vybz Kartel's led Portmore Empire has put their differences aside. They have just recorded a collaoration for fashion designer/producer …