Dancehall reggae artiste Cutty Ranks - Cutty Ranks started his career as a Reggae Artist at the age of 14 working with such big names as Super Cat, Barrington Levy & Wayne Wonder.

Cuttys' track record goes back to 1991 when he dropped his first solo project entitled "The Stopper".

This album was the 1st dancehall release from a major label and Cutty Ranks set his mark as one of the most aggressive entertainers in the dancehall scene.

His sophomore album Lethal Weapon was another hit album with guest appearances from (Marcia Griffiths, Dennis Brown, Wayne Wonder & Beres Hammond). His follow up releases were (From Mi Heart, 6 Million Ways to Die which was put out by Priority Records in 1996.

"6 Million Ways to Die" included a remix of Ranks' song "A Who Seh Me Dun" which was voiced earlier over the Bam Bam riddim in 1992.

In 2000, he released the album "Back With A Vengeance" produced by King Jammy. This album saw Ranks' venture into other musical styles, including hip hop and dancehall. Cutty Ranks has been influential outside the world of reggae, particularly in the fields of dancehall, hip hop and drum 'n' bass.

His vocals have been frequently sampled and his songs remixed by many artist. Now it's 2007 Cutty Ranks has just put together one of the hottest albums of the year titled "Hard for it". Tracks range from hit singles like "20 Inch", "Signal", and "Show me". The album is just the beginning of something the world can't wait to get their hands on.

His new album "Hard for it" is creating a big buzz probably the most anticipated release. From the speakers in your car to your computers at home to the Clubs around the world 20 inch is a Hit and marks the return of the butcher, the original rude boy a Legend indeed Cutty Ranks.

Collaborations, split albums
*Another One for the Road (1991), Greensleeves - with Cocoa Tea and Home T 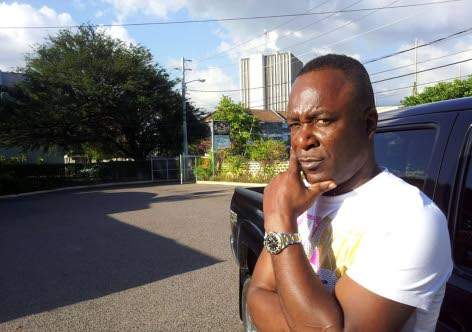 Dancehall artiste Cutty Ranks gets higher Rank - CUTTY Ranks is beaming with pride as a song he recorded in 1997, Cosita Mix, has been remixed and has generated over 107 million views online in its first week.