Dancehall artist Shabba Ranks  On Of The Best from the 1990s

St. Ann is famous for famous people such as Bob Marley the king of reggae and Marcus Garvey one of Jamaica's celebrated National Hero. 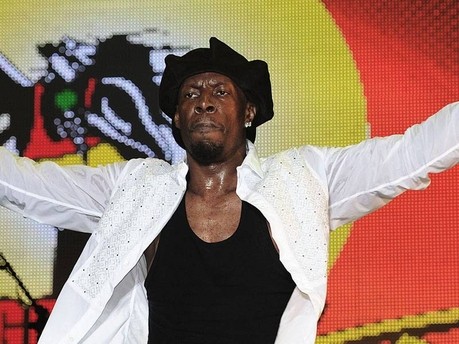 Ranks recorded his first single "What A Heat" at the age of ten (10), this was the launching pad for his music career.

The birth of Reggaeton music in the early 1990's is said to be influenced by the beat from Shabba hit single "Dem Bow" riddim , this was a track from his "Just Reality" album for Bobby Digital released in 1992.

1992-1993 were the most successful period in his career. During that time he released:

Most of his songs were instant hits. When some one talk about Shabba, two of his songs comes to mind, these are "Dem Bow" and "Love Punaany Bad". These two songs are classified as classic in the dancehall.

Producers such as, Kings Jammys, Bobby Digital, Steelie and Cleevie and Epic Records are the some of thetop producers who have worked with Shabba.

He is the first Dancehall Reggae artist to win the Grammy Awards for the "Best Reggae Album" Category. He won the Grammy for "Raw as Ever" and "Extra Naked" 1993 both for Epic Records.

Ranks is still living and working in New York, USA.

Dancehall Legend Shabba Ranks working on new album for 2014
Scarcely in the spotlight since dominating charts worldwide in the 1990s, fans of Dancehall legend, Shabba Ranks, have waited since November 1998 to …