William "Bunny Rugs" Clarke has been the lead vocalist/guitarist and a songwriter for Third World Reggae Band since the mid-'70s.

Since the late '80s, he has also made a bid for a solo career on the side. Raised in East Kingston, Clarke's earliest musical influences included Nat King Cole and Aretha Franklin. 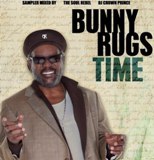 He learned to sing in church. At age 15, Clarke accepted an invitation to audition at the Kittymat Club and became a member of Charlie Hackett & the Souvenirs.

At the same time he attended the Jamaica School of Arts & Crafts until 1968 when he moved to New York and joined Hugh Hendricks & the Buccaneers, a popular party band in Brooklyn. Clarke founded his own band, the Wild Bunch, in 1971.

Two years later he went back to Jamaica to replace Jacob Miller as the lead singer with Inner Circle. There he played with musicians who would later branch off to become Third World, including founding member Ibo Cooper. But while Cooper and others formed that group, Clarke returned to the states in the hopes of having a songwriting career with Atlantic Records.

Third World came to New York in the late '70s and asked Bunny to become the new singer in place of Milton "Prilly" Hamilton. Rugs contributed many songs to Third World's classic second album 96 Degrees in the Shade. Since then, Rugs has become a key figure in creating Third World's image as one of the most versatile, adventurous reggae bands in the world.

He and other group members began branching out and recording, producing and writing for other Jamaican performers in the late '80s. Rugs and fellow Third World mate Cat Coore have both sung on Burrell's Xterminator label with such artists as Capleton, Beres Hammond and Marcia Griffiths. In 1995, Rugs released a solo album Talking to You on Black Scorpio.

Bunny Rugs On Soul album Released: Jun 15, 2006 produced by Hot JWP Music, Inc. Not rated yet
1. I'll Take You Bunny Rugs 2. Respect Yourself Bunny Rugs 3. Taking It to the Streets Bunny Rugs 4. Why Can't We Live Together …