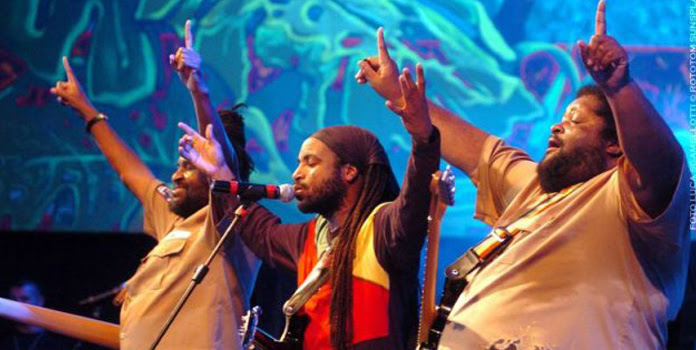 Fans in Port Moresby will be treated to a feast of the best reggae music when Inner Circle takes to the stage at the Lamana Gold Club on June 21.

Inner Circle, formed in 1968, was originally called The Inner Circle Band and has recorded 25 albums in total over four decades.

These include Bad to the Bone, The Best of Inner Circle, Big Tings, Bad Boys, Everything Is Great, This Is Crucial Reggae and Speak My Language just to name a few.

Known for hit songs Bad Boys, One Way, Sweat, Rivers Of Babylon, Bad to the Bone and Da Bomb, the band won the Grammy Award for Best Reggae Album in 1993.

The band achieved major success in the 1970s with Jacob Miller as their lead singer, but split up after his death in 1980.

In 1982, with American guitarist/vocalists Rick Hunt and Michael Sterling, they reunited and released the album 'Something So Good'.

The band's next album, 'One Way' in 1987, included one of their biggest hits, "Bad Boys", which was re-recorded for their 1989 album 'Identified' and became the theme music for the Fox TV series COPS that year.

The band's 2009 album 'State of Da World' featured contributions from an array of reggae stars including Damian and Stephen Marley, and 2012 album duets featured collaborations with Peetah Morgan, Ali Campbell of UB40 and Gramps Morgan.

Fan Mary Kalama is excited and looking forward to the show and to meet the band.

"It's going to be fun and it's good that another reggae sensational band is coming to town and I am looking forward to see them perform live hit songs 'Rapped up in your Love' and 'Rock with You'," 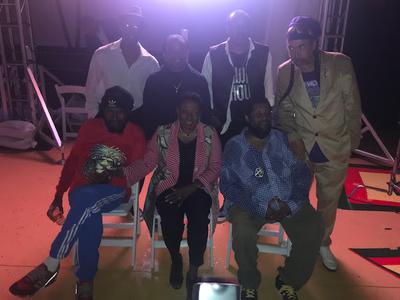 Jamaica's Minister of Culture, Gender, Entertainment and Sport, the Honourable Olivia Grange was among the attendees who paid tribute to Inner Circle and their contribution to reggae music and Jamaica.

The Reggae Tune of the Century Inner Circle Chronixx and Jacob Miller Not rated yet
At the top of the year, Grammy award winning, Bad Boys of Reggae, Inner Circle teamed up with Reggae Revival's superstar Chronixx for the anticipated …

The Game Inner Circle Macy Gray UB40 House of Pain All Announced For The 2016 Raggamuffin Festival Not rated yet
Raggamuffin is Australasia's premier reggae and roots festival and features an unrivalled line-up of top international and local artists. From new reggae …

Reggae Legends Inner Circle Sizzles Capacity Crowd in Jupiter Florida Not rated yet
The 2nd Annual Reggae River Jam this past Sunday in Jupiter, Florida was a night to remember for Reggae Music fans ! It was hosted by Lance-O from Kulcha …

The Film Factory presents A Day In The Life with the Reggae Warriors Inner Circle Not rated yet
When looking at Inner Circle and their 40 year plus history in the reggae field there is much more than what meets the eye. This Jamaican bred, Grammy …

Reggae Legends Inner Circle Dazzle The Crowd in Switzerland for The Opening of The Tissot Arena As They Continue Their One Love Reggae Revolution Tour Not rated yet
This past Saturday September 26, the Bad Boys of Reggae Inner Circle performed live for the Eroffnungfest at Tissot Arena in Biel-Bienne, Switzerland ! …

Reggae Legends Inner Circle Spread The Wisdom and Head Out on West Coast Tour Not rated yet
The Pier: Catching Up with Inner Circle Days after the end of a three-week-long European tour, we spoke with Roger Lewis, co-founder of the iconic band …