Dancehall reggae artiste Alley Cat official biography. The vagaries of the music business, especially in Jamaica are such that even the most gifted artist can – at one time or another - find himself out of the loop of popular sentiment.

In the latter art of the 1990s, DJ Albert "Alley Cat," Richards decided to hold his own and added the descriptive "Imperial" to his moniker, hit with the probing social commentary "Why". Then it seemed like he disappeared, at least as far as the local scene was concerned but, with the benefit of hindsight, it becomes clear that this period was but part of the artist’s overall journey. 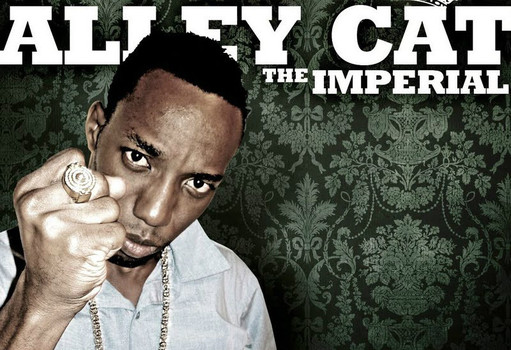 It was journey that began on the by ways and side streets of Kingston. From childhood, he would prowl the inner city, familiarizing himself with the lanes and back alleys, thus earning his name. The journey would continue through "classroom sessions" at Kingston College, and the gauntlet of Tivoli Courts’ "Sideline" (a ghetto gong show) and then through the gates of Penthouse Studio.

It was a journey that would take him to New York City. There, in the global music industry metropolis he sharpened his skills through music school, learning the guitar and also studio production.

Alley returned home in 2003 and set about applying the knowledge and experience gained overseas in the local context Under his Imperial Productions label, he has produced and created rhythms for the likes of Mavado, Monster Empire, Chrisintie, Queen Ifrica, Tony Rebel, Lutan Fiyah, Mitch, Terry Ganzie ,Fiona and Gentleman from Germany.

In terms of his own material, Alley Cat has just completed the follow-up to Imperial Level, entitled Dancehall Knowledge volume 1, and he has also recorded a one-drop album. Concurrently, he has a trove of singles making noise on the scene, including "No more garrison" "All u Got" World Keeps Turning" featuring Tenor Blue ‘’ and "Mallice" the latter with production work by Ward 21.

His guiding principle in the business is excellence, in terms of quality, and excellence he knows is born of a commitment. "Similarly," he says "any music I produce and anybody I voice right now have to be positive, with a strong message. I’m not saying that you have to be dead serious with everything, but the business right now is so vanity-crazed, the artists are encouraged toward the bling, and I’m not going to defend that."

For the future, Alley is looking to full international recognition, and even though his previous album had no major label or overseas push behind it, his time spent overseas has convinced him that partnerships are not to be ruled out in order to achieve the goal. Recognizing the difficulty many talented youths face in terms of access to production, he’s also looking to further develop his affiliated artists on the Imperial roster.

Included among these are Fire Stick, for whom a video was just completed for his single "Rema" East Coast and scorpion. "I feel my role is to try to teach the people especially through the music and to set this thing so that other youths can really get a strong opportunity to step up their levels and do their thing properly.

Between his own tracks and the work being done for other artists, He has more than good reason to be optimistic. He’s getting good response from the material that’s out now, but has no intention of succumbing to complacency Motion Picture Medley - Various artistes.

Imperial aka Alley Cat delivers strong sets as he promotes Dancehall Knowledge: Volume 3 Not rated yet
As he drops Dancehall Knowledge for a third time on the music industry, Imperial is building on his momentum with a series of performances featuring a …

Imperial claims bias amongst Jamaican disc jocks following song controversy Not rated yet
Acclaimed Jamaican deejay and producer, Imperial has called on disc jocks in his native Jamaica to stop showing bias and prejudice after insisting they …

Imperial Alley Cat wants young people to stop ‘Idling’ Not rated yet
Veteran entertainer and producer, Imperial Alley Cat has long been an advocate for progress in his music as evidenced in his new single, Idling, which …