"Reggae Singer Gentleman", his stage name is known to most dancehall and reggae fans worldwide.

Born "Tilmann Otto" at birth in Osnabruck, Germany. He fell in love with this genre of music from around the age of sixteen.

This was due to a collections of reggae music records his brother had.

He then decided that he had to visit Jamaica the home of dancehall and reggae music which he did and has now called this beautiful Island his second home.

He has since released six albums, of which the latest is titled "Diversity" which was release in April of 2010. One of his biggest achievement is hitting the number #1 spot on "Germany's Album Chart" with his album titled "Confidence".

In his second home land Jamaica, we really respect his music and the positive vibes which he has added to our music.

As we say "Music Is The Heart Beat of the Nation".

One of his more popular single is "Intoxication" which was release on the "Drop Leaf Riddim" and it's still a popular song in the dancehall sessions and night clubs across the Island and the Caribbean.

Truly a very good artiste doing wonders with this genre of music called Dancehall and reggae. 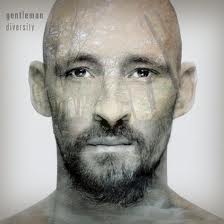 The renowned international star first serves up a digital EP, Changes, which will be released by VP Records on February 22, 2011.

Changes features three hits from the full-length album, two of which were produced by Jamaican hit maker Don Corleon, and the other being the electro-dance fusion To The Top featuring Jamaican singer Christopher Martin.

The digital EP Changes will be available on iTunes and other major online retailers, including VP Records' own PlanetReggae.com.

Richie Stephens and Gentleman has done it again with the released of their latest single "Warrior". Fresh off the sucess of their chart topping "Live Your Life", Warrior is already creating a buzz worldwide.