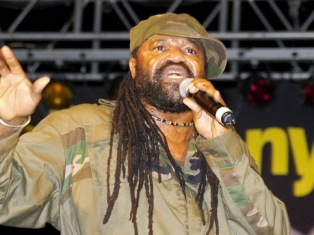 Rebel started out as a singer on local sound system Youth Promotion which was owned by the late Sugar Minotts.

His first single titled "Casino" was released in 1988 on MGB record label.

He did not get his big break until he started working with veteran producer Donovan Germain's "Penthouse Record Label".

Tony is well known for hits such as, "Fresh Vegetable", "Teach di You Dem", "If Jah", "Nazerite Vow", Just Friends feat. Swade, "Sweet Jamaica" Another Bill Again among many others.

He has performed all different genre of music. Genre such as Reggae, Dancehall Roots Reggae and Reggae Fusion.

1994 saw a change in the life of this artiste. This was the year that he formed his owned record label "Flames Records" and he also started one of the biggest dancehall reggae festival "Rebel Salute" in his home parish Manchester.

The festival is held annually on his birthday.

He has so far (2011) released Eleven studio albums

Rebel describes himself as a true Rasta man and a social commentator. 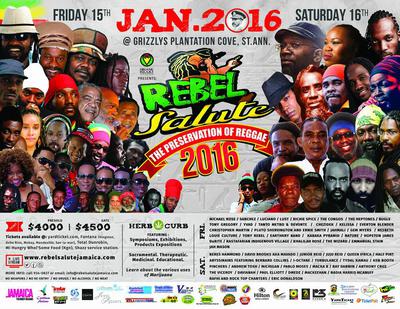 It features some of the heavyweights in dancehall and reggae music presently.

See full line-up in pic above.

The 2013 staging of "Rebel Salute" will have a new home. It will now be held at the Richmond Estate, Priory, St Ann, Jamaica. It will be held on January …

Reggae artiste Tony Rebel to perform in Zimbabwe on September 20, 2013 Not rated yet
JAMAICAN reggae superstar Tony Rebel is coming to Zimbabwe for the third edition of Shoko Festival to be held next month. The reggae star's performance …

Rebel Salute 2012 line-up Not rated yet
One of the Most anticipated dancehall reggae stage show on the music calender Rebel Salute will be held on January 14, 2012. It will be held at Port …

Tony Rebel I Can't Recall creating waves Not rated yet
Tony Rebel latest song "I Can't Recall", is already a hit in Jamaica even before it was officially released. The song is about the happenings at the …