Stylo G - Following on from the huge success of club favourite ‘Move Back’, Jamaican dancehall star Stylo returns with a new single titled ‘Call Mi a Leader’ Released via 3Beat on November 9th. 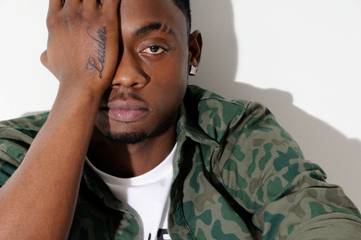 The single celebrates the enduring legacy of reggae legend Bob Marley and his anthem ‘Could You Be Loved.’ Stylo G gives the track a high energy spin with a bouncy, vibrant bass line alongside Stylo’s neat rap which references his 2011 underground hit ‘Call Mi A Yardie’ to make this single the dancehall-pop song to close the summer.

It’s safe to say that since ‘Move Back’ Stylo G has had a pretty incredible 2014. He recently teamed up with British electro 4 piece Clean Bandit for the single ‘Come Over.’ Mixing strings with dancehall the track was A-listed at Radio 1, 1Xtra, Capital FM and Kiss FM, and hit number 12 on the UK Dance chart. The single came with an epic video to boast and was shot across various locations, from the Arctic Desert of Svalbard near the North Pole to Morocco and the Sahara Desert.

Jamaican-born Stylo G, moved to the UK at the tender age of 12 with his younger brother, Kodi Starr, following the following the murder of their father, the dancehall artist and producer Poison Chang.

Since arriving in London, Stylo has creatively been involved in the UK underground urban scene, infusing his Jamaican heritage sound, inspired by his father’s music along with Ragga heroes such as Shabba Ranks and Supercat.

Throughout the summer Stylo G has performed show stopping sets at The Great Escape, Reading & Leeds Festival, Bestival, and Outlook. He’s also been in the studio collaborating with reggae royalty – Damian Marley and will be featuring on Dillon Francis’s forthcoming single to be released via Diplo's Mad Decent label.

With fans ranging from Usain Bolt through to Idris Elba and the likes of Diplo and Basement Jaxx .

Stylo G has fast proved his status as London’s dancehall don, proving himself as the star in a new generation of Jamaican-born artists gaining recognition outside their niche.

December of 2018 history was created when Stylo teamed up with Fantix for the released of a track titled "Touch Down".

Touch Down was made its way on a number of charts worldwide even topping some of them. Todate it was viewed more than 11.4 million times on YouTube. (Watch video here)

On July 25, 2019 Stylo G released the official video for his chart-topping single "Dumpling" to rave reviews.

Within 24hrs of its released the video was stream over 190,000 times on popular music and video sharing platform. Click here to watch the video for Dumplng.