Stylo G Dumpling Video Premieres on Bet Jams - Stylo G was recently released his "Touch Down" single which features Nicki Minaj and Vybz Kartel. The song has been getting a huge buzz and put Stylo on the map worldwide. 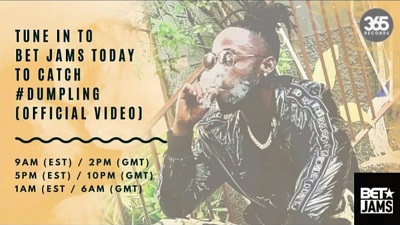 Nicki Minaj recently brought out Nicki Minaj on stage in London to perform the Touch Down song back in March along with Lisa Mercedez and Ms. Banks. to perform their versions of Yu Zimmie which is another record produced by Stylo G and Fanatix. Stylo G Dumpling song has been added to numerous Club DJ playlist and Stylo G has just got a big co sign from Usain Bolt who aired it at a party.


Stylo G’s success is testament to hard work and dedication.  His involvement in the UK underground scene since the age of 15, paid rich dividends in 2013 with the crossover success of Soundbwoy, a track produced by Diztortion.

Soundbwoy, which peaked at number eighteen on the UK Singles chart, provided the gateway to Stylo’s dominance on the UK dancehall scene.

Stylo’s decision to enter music was a no brainer.  He had been surrounded by musical influences for most of his life.  In 2004, he released 'My Yout' featuring Ice Kid and Sickman and in 2008, he won the Crystal Blue awards 'song of the year' for 'Jamaicans in Britain'.

Stylo G signed with UK-based independent label 3Beats which helped steer his career to higher heights. He appeared on the Clean Bandit gold selling album New Eyes, on the single Come Over, which reached number 45 on the UK Singles chart.