Reggae Songstress Etana the Strong One

She was educated in Jamaica until 1992 when she moved to Florida, USA. Even though she was pursuing a career in nursing"The Strong One" first love was the music (reggae) of her homeland Jamaica. 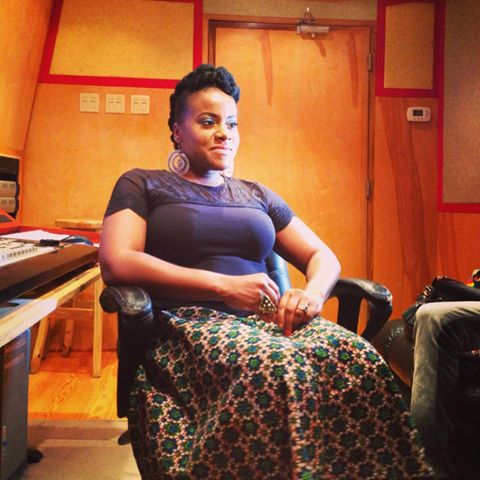 Etana started her musical career as a member of a group called "Gift", started by Universal Records. But due to the provocative mode of dressing she quit and returned to Jamaica, where she openned a business.

Music was still calling her and so in 2005 she was introduced to the Fifth Element Band. She started working for them as a back-up singer for Richie Spice.

Her Powerful, Soulful and Unique voice was very well loved. This prompted her employers to encourage her to go solo.

In 2006 she started her solo career. Her first single "Wrong Address" was an instant hit. Peaking at #1 on most reggae charts across the world.

It was followed by "Roots" with its catchy hook, "You Can't Water Down and Dilute".

Other monster hits which followed are, "Warrior Love", "I'm Not Afraid", "Blessings" ft Alborosie and "Free".

In 2008 she released her debut album "The Strong One". The International Reggae and World Music Award (IRAWAM) voted it as the album of the year.

Most of her songs are thought provoking and her latest single "August Town" is just as provoking as the others.

Dancehall and Reggae Fans across the world would consider her be a Rastafarian, but in May 2009 she gave her life to the Lord (Baptized).

In 2010, rumors started that she was now a married woman. But all doubt was laid to rest when she was asked about this.She replied "I have found my Warrior Love". But she didn't want to divulge much about the marriage.

Etana is currently (2010) working on her second album "Free Expressions" set to be released in September 2010.Tracks such as "August Town", "Heart Broken" and "Happy Heart" will be featured on this Album.

Artiste such Bob Marley, Marcia Griffiths and Sizzla Kalongi to R&B crooners like Whitney Houston, Lauren Hill and Jill Scott, among others, are who inspired her.

Reggae artist Etana’s Sound Resonates and Rocks the World - The power of the Strong One is undeniable, and right off the heel of charting at number one on the Billboard Reggae Charts is the release of her Reggae Forever album on Vinyl LP.

On Friday September 23rd, I was featured on Entertainment Report (ER) hosted by Mr. Anthony Miller aired on Television Jamaica (TVJ). Following the …

Etana I Rise - The Strong One's Fourth Album Due In October

Etana released the first single for the album 'TRIGGER' earlier in the year, and has received rave reviews and airplay on some of the top radio shows across …

Etana - Thy Will Be Done ft. Jo Mersa Marley

Etana - Burned (Official Music Video) Not rated yet
The official music video for reggae music songstress Etana's Burned is now out and its a must see. The concept of the video is about a man who was cheating …

Etana Defends Natural Women With New Single Not rated yet
Reggae Recording artiste Etana has always been vocal about being natural and true to oneself in previously recorded material, But now she is even more …

Reggae Songstress Etana defends performance in Spain Not rated yet
Over the last few days, reggae artiste Etana has had to use social media to defend her decision to perform at Spain's Rototom Sunsplash Music Festival …

Etana tops Billboard's chart with her 'I Rise' Album Not rated yet
FOR the first time in 17 years, a Jamaican female reggae artiste has topped Billboard's Reggae album chart. With first-week sales of 547 copies, Etana's …

Etana Receives Lifetime Achievement Award - Heads To Europe Not rated yet
We send congratulations to international reggae recording artiste, Etana for her recent accomplishment. She has received a lifetime achievement award for …

Reggae Singer Etana drops Social Conscious single "Trigger" Not rated yet
International reggae artiste, Etana is pulling the trigger with another socially conscious message for fans. Etana has never been afraid to push the envelope …

Reggae Empress Etana is Pregnant Not rated yet
Another female entertainer is pregnant. Etana is reportedly due to give birth in October or early November of 2012. The singer who got married in …

Etana Beautiful Day Listen here Not rated yet
Reggae songstress Etana has release yet another positive and uplifting track. Take a listen to Beautiful Day below.. …

Etana "FREE" lyrics and "Free" Official video Not rated yet
Everyday i rise on a prayer thts all i got 2 take me thru i kno one day i must n i will (oh oh) free myself frm everythng tht holds me captive Chorus: …

Etana released her album titled Free Expressions Not rated yet
In a press release VP Records explained that before her new studio effort hits the shelves, they are releasing a digital EP Free, which features three …