Alborosie is a reggae and dancehall singer who was born in Marsala, Sicily in Italy (1977). This talented singer-songwriter who also plays instruments such as vocals, guitar, bass drums and the Piano is now residing in Jamaica, the homeland of dancehall and reggae music.

His musical career started when he joined an Italian reggae band call "Reggae National Ticket" in 1993, he was just 15 year old. 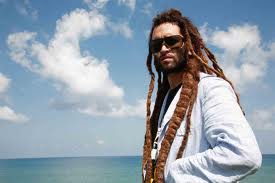 In 2001 he decided to move to Jamaica so that he could be closer to the reggae music and the Rastafarian culture. His first job in Jamaica was as a sound engineer and producer. He also started his own record label "Forward Recordings".

He is well known for hits such as Rastafari Anthem, Kingston Town, Call up Jah, Steppin Out, No cocaine and Blue Movie Boo.

He got his stage name from a name he was given in the early years after moving to Jamaica. "Borosie was what they used to call me. Let me put it like this. My early experience in Jamaica was… not nice. Borosie was a name they used to call me and it have a negative meaning. So I said “I'm gonna use this name and mash up the place turn a negative into a positive thing!". Basically my name is Albert so I add "Al" – Al-borosie. But I’m not gonna tell you what borosie mean!"

His hits include "Rastafari Anthem", "Kingston Town", and "Call Up Jah".

He recently started his own record label, Forward Recordings. He has given concerts all round the world, including most of Europe and Jamaica.

In 2011, he became the first white artist to win the M.O.B.O. (Music of Black Origin) Awards in the Best Reggae Act category.

In 2014, Greensleeves Records released Specialist Presents Alborosie & Friends, a collection of collaborations with other artists. The album entered the Billboard Top Reggae Albums chart at number 7. He collaborated with King Jammy on a dub album, Reality of Dub, which is set for release in early 2015.

In May 2016 his album Freedom & Fyah was released by VP records.

Alborosie: 20 years in reggae, new album, summer tour Not rated yet
Kingston, Jamaica, June 28, 2013 Reggae has now gone beyond race and nationality, just like the Rastafarian culture. It is Jamaica’s gift to the world …

Alborosie is ready to Sound The System Not rated yet
After the eclecticism of third vocal solo album '2 Times Revolution', Sicilian reggae star Alborosie has been signposting a return to roots and culture. …

Albarosie and Nature team up for new single 'Warrior'  Not rated yet
Downsound recording artiste Nature has teamed up with Italian reggae star Albarosie on a new single titled Warrior. The song was produced by Joseph …

Alborosie cop MOBO awards for 2011 Not rated yet
Sicilian born dancehall reggae star Alborosie was among the list of winners at the MOBO awards in England on Wednesday October 5, 2011, copping the best …