If you should asked anyone what or who is Major Lazer?.  They would say "Its a fictional cartoon character" who fought as a Jamaican commando in a Zombie war in 1984.

DJ's Diplo and Switch have captured this name for themselves. 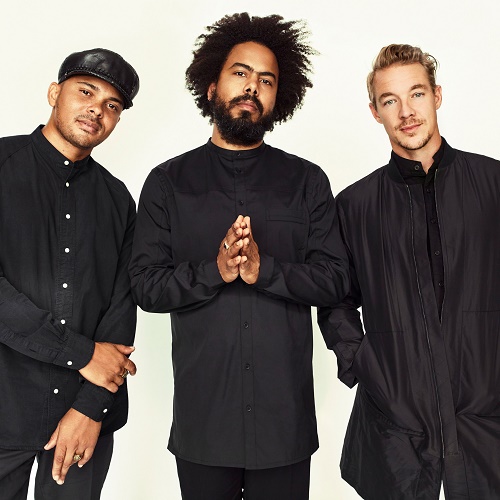 They recorded their first album "Gun Don't Kill People, Lazers Do" on June 16, 2009. The album was recorded in Jamaica at Tuff Gong Studios. Artists such as Vybz Kartel, Busy Signal, Nina Sky, Santigold and Ward 21, contribute vocals to this album.

Tracks such as "Hold The Line" and "Zumbie" was well received across all genres of music lovers.

They not only perform reggae. They also perform Electro House, Reggae Fusion, Dancehall and Hip-Hop.

Since their first recording in 2009, they have performed at the "Fall Music and Art Festival, Coachella Music Festival and Pitchfolk Music Festival.

Their second album titled "Lazers Never Die" was released in 2010, it features artists such as M.I.A, Collie Buddz, Lindi Ortega and Thom Yorke.

One of their biggest single is "Pon De Floor".

Even though they have performed different genre of muisc, they remained committed to Jamaica's Dancehall Genre.

Diplo and Switch continue to make provocative songs with the potential to become big hits.

The group has released three full-length albums: Guns Don't Kill People... Lazers Do in 2009, Free the Universe in 2013, and Peace is the Mission in 2015. It also released an EP entitled Apocalypse Soon in March 2014, which featured vocal contributions from Pharrell Williams and Sean Paul.

They has also produced Reincarnated, the debut reggae album by Snoop Dogg under his "Snoop Lion" persona.

Major Lazer reaping international success Not rated yet
Major Lazer's album, 'Peace is The Mission', has climbed one place to No. 31 on the Billboard 200 albums chart. Known to be prolific producers of reggae …

Snoop Dogg released "La La La" from his upcoming album produced by Major Lazer Not rated yet
For his upcoming LP, Snoop Dogg is going reggae and releasing an album under the name Snoop Lion. The album, called Reincarnated, will be released on …