Konsequence is an upcoming producer, who entered the music business with one initial thought, and that was to become a success. 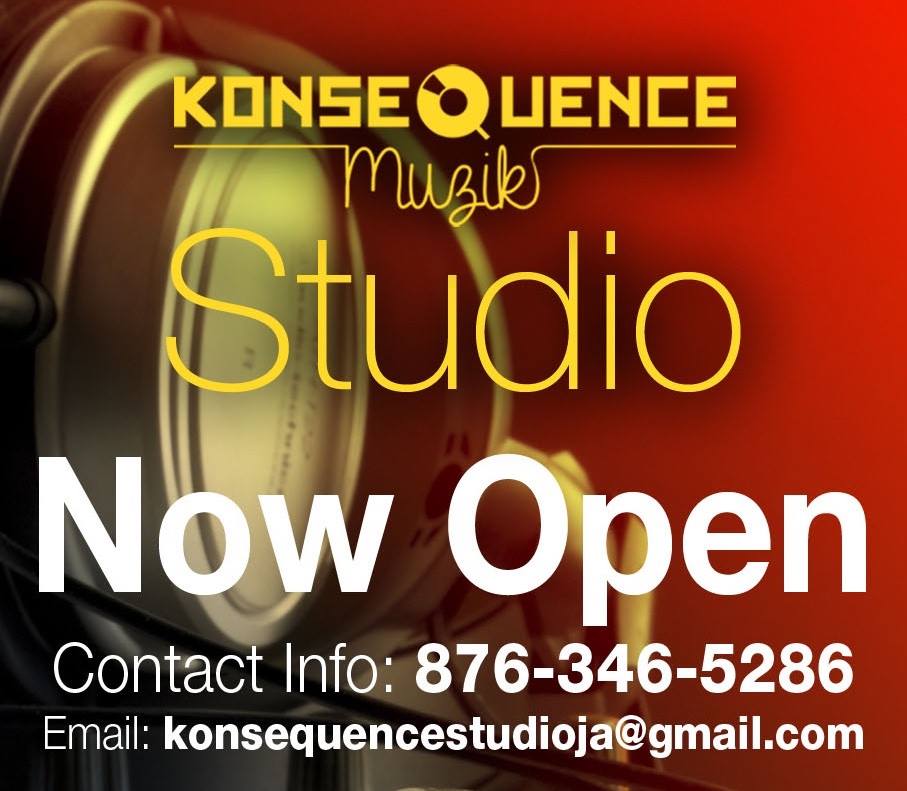 His career took off back in 2008 with the start of a sound system of that same, but admits he has been doing music from the early 2000’s collecting riddims, doing events with artists, etc.
Konsequence’s first passion was music production; he stated that he always wanted to venture into that side of the music business. His inspiration he says came from wanting to know how everything was done, from the building of the beats to the final product. Of course having his own sound system helped to develop the interest and the love for music even more.

The record label was officially started in 2012 but it wasn’t until 2013 that he got the chance to officially kick start his career with a small production on a riddim called Kurfew which was released later that same year.
He and his team aim to separate their work from other producers by offering difference and diversity. Utilising a number of genres in his music, Konsequence has already worked with most artistes in the business. So far he has done recordings Beenie Man , Lady Saw, I octane, Konshens, Mavado, Khago,New Kidz, Future Fambo, Gyptian etc.

Currently Konsequence has a riddim compilation called Summa Escape that is set to be released later this year. He has a few more riddim compilations in the pipeline such as Margarita Riddim, Hot Pursuit Riddim, Happy Road Riddim, Island Sunrise Riddim.

For the future, Konsequence is all about creating more good productions and will continue to raise the bar.